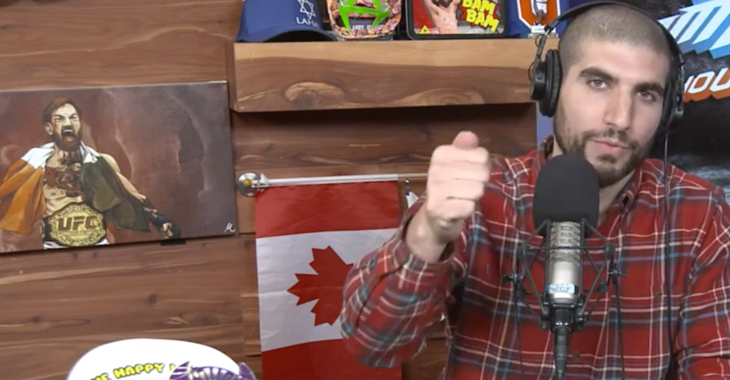 Prior to last night’s UFC 199 middleweight title fight between Luke Rockhold and Michael Bisping, MMAFighting’s Ariel Helwani was escorted out of the building by Zuffa staff members.

The host of “The MMA Hour” took to Twitter where he broke the unfortunate news:

I was escorted out of the building by Zuffa staff before the main event. Credential taken away, too. Didn't see Bisping realize his dream.

Ariel and his friends were not only removed from the UFC 199 event but also told that they were “banned for life” by members of the Zuffa staff. His words:

I love this sport & this job with all my heart. Did nothing unethical. I reported fight news. That's it. & then told we're banned for life.

What are your thoughts on Ariel Helwani’s removal from UFC 199 by Zuffa staff members? Sound off PENN Nation!