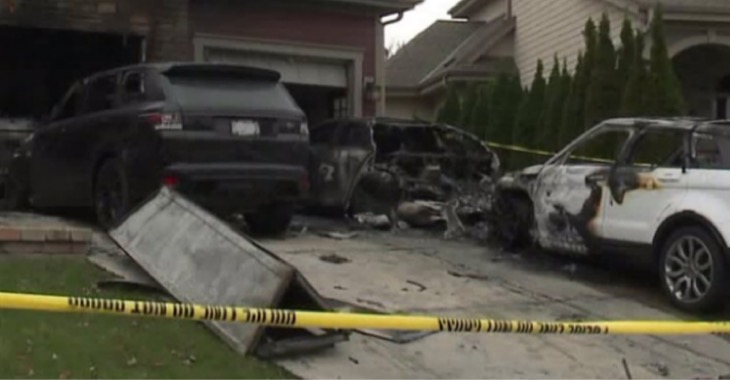 When Anthony “Showtime” Pettis returned home on early Thursday, three vehicles were engulfed in flames outside of his home.

The former UFC lightweight champion and current featherweight contender was targeted by an unknown suspect or suspects, according to Milwaukee police, who are investigating the car fires as arson.

Pettis’ neighbor Carson Blaszak was the first person to spot the flames outside of “Showtime’s” house, and spoke to local media on Thursday about what he saw:

“I saw a car speeding through the neighborhood,” said Carson Blaszak, a witness to the fire.

“Right around the same time as that happened, there was kind of a large bang,” Blaszak said. “It was three cars caught on fire. I just, I ran outside, and I was hoping, you know, the house hopefully wasn’t gonna catch on fire.” Authorities say the fires were set some time before 1:00 a.m early Thursday morning.

Police believe the suspect or suspects used an accelerant to ignite the three cars. Pettis was luckily unhurt and wasn’t home at the time of the explosion.

“As he’s screaming that the house is on fire. Of course, you jump outta bed and you can’t believe your eyes to see what you’re, you know, that it’s real,” said Bunny Blaszak, another witness to the blaze.

“Luckily, the police department and fire department were able to get here very quickly and took care of it and everyone was safe,”  Carson Blaszak said.

Pettis is still attempting to process the incident and isn’t speaking to me the press at this time, according to family members.

“Showtime” most recently defeated submission ace Charles “Do Bronx” Oliveira in August after tapping out the Brazilian with a guillotine choke in the third round.

So far, there have been no arrests and law enforcement say the investigation is ongoing.