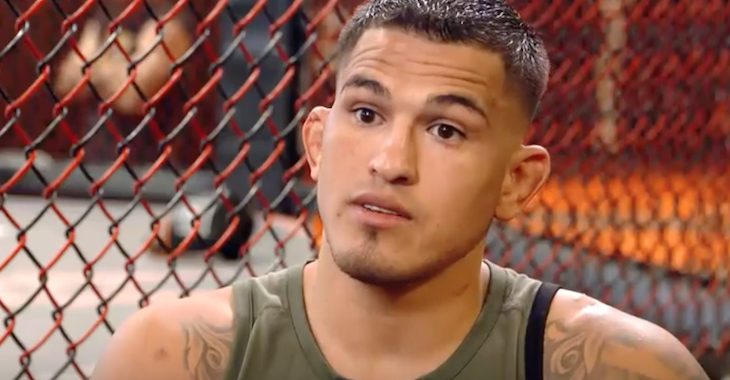 Pettis will be stepping into the Octagon in just his second featherweight fight after successfully making his featherweight debut at ‘UFC Fight Night: Vancouver’ where he submitted submission specialist Charles Oliveira. For Holloway, he will be looking to extend his win streak to 10 as he looks to derail Pettis’ hopes of moving one step towards becoming a two-division UFC champion.

During an interview with UFC Unfiltered, Pettis discussed the fact that he believes Holloway has never faced a fighter of his caliber:

“I see Max as a younger version of myself; raw, natural talent and he definitely wants it bad. But I got the skill set to beat the guy with the striking and I got the power and size on him,” said Pettis during a recent stop at the UFC Unfiltered podcast with Jimmy Norton and Matt Serra.

“The only other striker he fought of my caliber is Conor McGregor, and you saw how that went down. I feel like I have way more tools than Conor McGregor,” he said. “Conor McGregor has a big left hand and some decent kicks. I have submissions, wrestling, I have everything; I’m the complete package. Now I have the size, so it’s a great weight class for me.”

Pettis is of course referring to Holloway’s 2013 loss to McGregor, which came in just McGregor’s second UFC fight. The fight went the distance, and saw McGregor awarded the unanimous decision in a fight which saw McGregor tear his ACL midway through the fight. Following the loss, Holloway bounced back by winning his next 9 in a row. Will he be able to make it 10 straight and capture the interim UFC featherweight championship on Saturday?