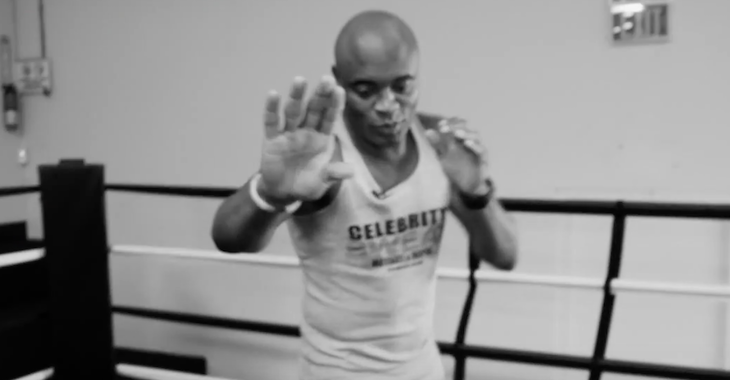 As the UFC and combat sports in general rockets into the future. It’s more important than ever to preserve the history of these fights so they aren’t lost in time. New fans are constantly pouring in an cycled through generations, then separated into eras. There are the group of people who became fans after the first season of The Ultimate Fighter, then there are fans who were drawn to the sport like moths from the bright lights of Ronda Rousey and Conor McGregor. No matter when someone got into the chaotic spectacle of MMA, researching everything they can about Anderson Silva is a mandatory homework assignment.

The build up going into this fight appeared to be animosity free. But that quickly changed at the weigh ins.

Belfort had previously stated that Silva lived behind a mask. In a move that stunned the fight world, Anderson Silva showed up to the weigh ins in a jabbawockeez mask. pic.twitter.com/a8OUogMHkk

Seven years ago yesterday, Anderson Silva recorded one of the most incredible knockouts of all-time against Vitor Belfort with a simple front kick at UFC 126. For those that think the UFC is weird now, the kick was a technique that Steven Seagal took credit for. In the lead up to the highly anticipated fight, Silva would seem to be angry for the first time with an opponent. Belfort ‘broke the code’ by accepting a fight with Silva, a former training partner. The calculated and violent ‘Spider’ Silva seemed somehow even-more honed, laser-guided. Kalyl Silva reflected on what the experience was like, an experience no one else could have other than Anderson Silva’s son.

“I remember being one of the craziest nights ever. I was feeling so nervous, especially walking out with [Anderson Silva] to the Octagon for the first time. I remember putting my head down to try not to cry in front of the camera [laughs]. It was an amazing feeling at the same time, everyone cheering and screaming, it was such an awesome energy out there. I saw some of Vitor [Belfort]’s fights so I knew how dangerous of a fighter he was, but I knew my dad had the skill and mind set to get the W. He had Vitor figured it out from the way he walked, from the way he shakes your hand when he’s introducing himself to you, from the way he stands while having a conversation, he studied everything, so I was confident he would win.” — Kalyl Silva via MMA History Today’s Instagram.

This KO would result in a continuation of a god-like 14-fight win streak for Anderson Silva. The streak would continue to 17 until Silva was halted by back-to-back losses by Chris Weidman, crowning a new UFC middleweight champion. As we all know, his title defense record would go on for years and years until Demetrious Johnson finally bested it at UFC 216. For Anderson Silva now, his legendary career seems to be nearing a close, but knowing him it could be just a speed bump. Legends never die and this ‘Spider’ can never be squashed.