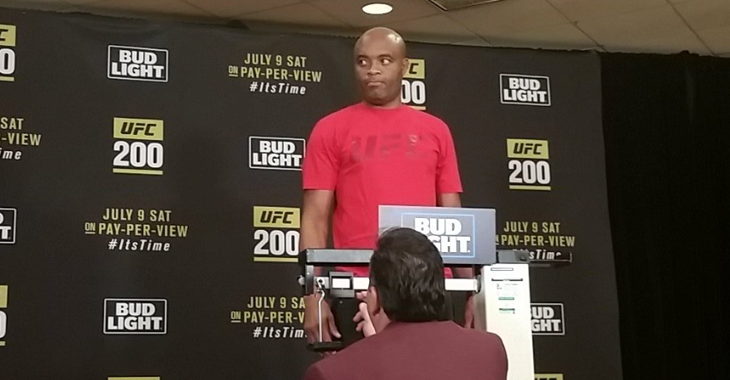 Silva, who is a massive underdog against Cormier reached out to the UFC shortly after Cormier’s original opponent Jon Jones was pulled from the fight after being flagged by the U.S. Anti-Doping Agency (USADA) for a potential Anti-Doping Policy violation.

According to MMA journalist Shaheen Al-Shatti, “The Spider” weighed in well under the UFC light heavyweight limit of 205 pounds.

Al-Shatti tweeted, “Wow, Anderson Silva at 198.5. Doesn’t even need to take off his shirt. Is normal.”

Wow, Anderson Silva at 198.5. Doesn't even need to take off his shirt. Is normal. pic.twitter.com/WzPSIbFcgb