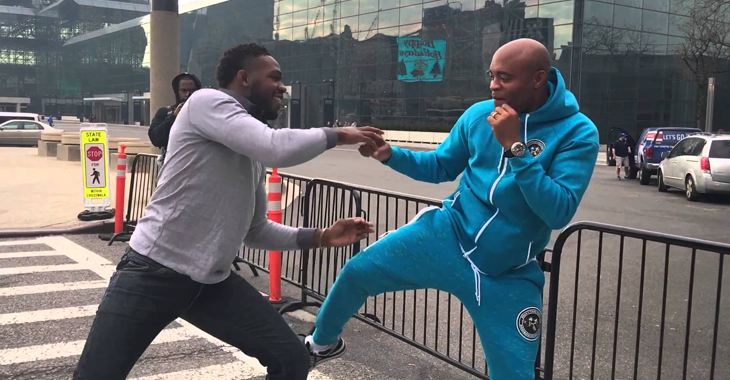 Former UFC middleweight kingpin Anderson Silva and former light heavyweight champion Jon Jones have a great deal of respect for one another. The two friends are both living legends and have said they look at one another in a brotherly type of way.

So when Silva, the figurative big brother found out about Jones’ recent arrest, he was not happy to hear the news.

“I’m upset because he’s a young kid who has some insecurity, but he’s a good kid,” “The Spider” told the media in Curitiba, Brazil, while promoting UFC 198 (transcribed by MMA Fighting). “I think the UFC should have some training for these young talents they have, those potential new champions, the UFC should train them so they can deal with this thing of victories, money, fame. They should do this. Like some soccer teams do today.”

Silva said he did not watch the police body cam video of when Jones was given the traffic citations where Jones got heated with the officer and said a lot of profane things he admits regretting.

“I was really upset,” Silva said. “My son Kalyl, a big fan of his, was the one to give me the news. He’s a huge fan. He cries and everything when he watches him fight. I was upset for my son. My son is a fan, and (Jones) has many other fans. It’s tough because he’s a big friend and a big idol, and I’m sorry that that’s happening with him again.”

The UFC recently released a statement regarding Jon Jones and the status of his title fight against current champion Daniel Cormier. Jones and Cormier are still slated to headline UFC 197 for the UFC light heavyweight championship title on April 23rd in Las Vegas, Nevada.