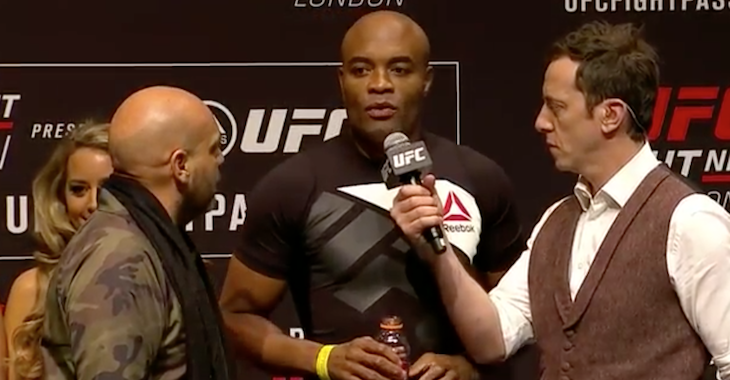 “The Spider” was quick to point out that he did not challenge McGregor because of the huge “payday” that would come along with the fight, but that he is simply interested in challenging his skills against the brash Irishman:

Silva will meet Uriah Hall on the main card of May’s UFC 198 pay-per-view event, which just so happens to take place in Anderson’s hometown of Curitiba, Brazil.

Would you like to see a catchweight fight between Conor McGregor and Anderson Silva eventually put together by UFC officials? Sound off PENN Nation!