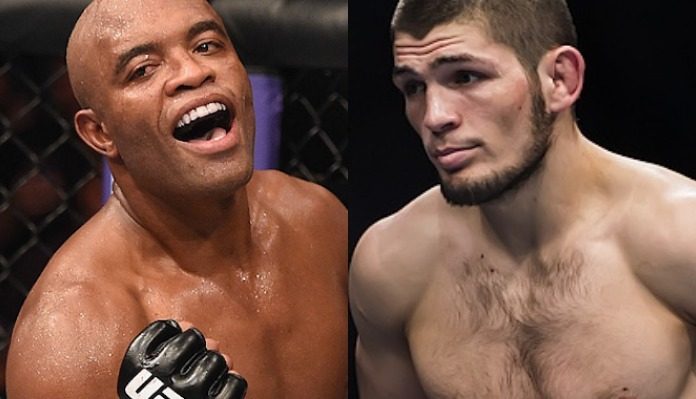 “Khabib is a great fighter,” Anderson Silva said in a recent interview with Inquisitr. “I’m very impressed. Conor is a great fighter. Having a new generation of fighters, especially in the UFC… this is a huge company that’s worked for a long time to get the great fighters in the sport.

I think Khabib is the best, here, in this moment.”

Khabib Nurmagomedov and Conor McGregor, of course, are scheduled to fight in the main event of UFC 229 on October 6.

Nurmagomedov will enter this fight, which is considered one of the biggest in UFC history, with an absurd, 26-0 record. He last fought in April, when he defeated last-minute replacement opponent Al Iaquinta by decision to win the lightweight title. That title was simultaneously stripped from McGregor due to hi inactivity.

McGregor is a strong 21-3 overall. He hasn’t competed in mixed martial arts since November of 2016, when he knocked out Eddie Alvarez to capture the lightweight title. He did, however, compete in a headline-dominating boxing match with undefeated legend Floyd Mayweather in 2017, which he lost via 10th-round TKO.

Anderson Silva, finally, recently reached the end of an unfortunate tie-up with the United States Anti-Doping Agency. The Agency determined that Silva’s recent failed test was due to his ingestion of a tainted supplement, and suspended him one year, retroactive to October 2017. He will be eligible to fight again in October of this year.

What do you think of Anderson Silva’s comments on Khabib Nurmagomedov?