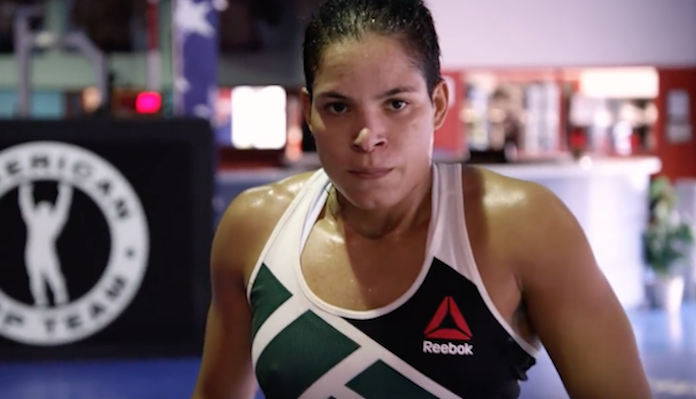 Amanda Nunes has reacted after dropping her bantamweight title to Julianna Pena at tonight’s UFC 269 event in Las Vegas.

Nunes (21-5 MMA) and Pena (11-4 MMA) collided in the co-headliner of this evenings pay-per-view event at T-Mobile Arena.

Amanda Nunes, the perennial GOAT of MMA, was returning to action for the first time since March. In her most previous effort ‘The Lioness’ had successfully defended her featherweight title with a first-round submission victory over Megan Anderson.

As for Julianna Pena, the former TUF winner, was returning to action for the first time since January’s UFC 257 event, where she had earned a submission victory over Sara McMann.

Tonight’s ‘Nunes vs. Pena’ co-main event proved to be a wild and absolutely thrilling affair. Amanda Nunes and Julianna Pena went to war exchanging heavy punches and kicks inside of the pocket. After a close first round, Pena began to turn the tide in her favor early in round two. She eventually rocked ‘The Lioness’ after landing a flurry of strikes and got the fight to the ground. From there, ‘The Venezuelan Vixen’ promptly locked in a fight-ending rear-naked choke.

The setback marked Nunes’ first since September of 2014, when she was stopped by elbows and punches from Cat Zingano.

“Honestly, it’s no surprise at all,” Nunes said (h/t MMAJunkie). “I know she’s a warrior. I know she can come forward and I know she can get hit and still keep moving forward.”

“I just today checked out. I still need to work on a couple of things. I’m going to keep working until I fix them and soon I will come back to the gym and come back here. Thank you guys for all the cheers. I’ll see you guys all again soon.”

UFC President Dana White confirmed that he would be willing to give Amanda Nunes a immediate rematch with Julianna Pena if she so desires.