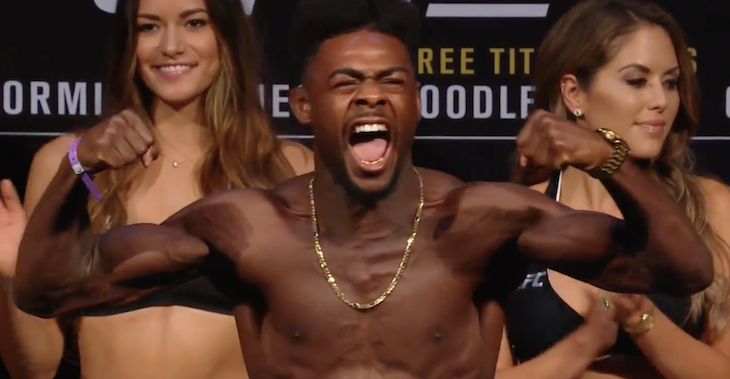 This December 9, the UFC will debut in Fresno, California, with UFC Fight Night 123. Though this UFC Fresno card is still some distance away, it’s already begun to take shape with a bevy of exciting fights.

Last week, we learned that long-time bantamweight contender Bryan Caraway will be returning on the card, taking on rising talent Luke Sanders. Now, the card has been bolstered by another bantamweight contender bout, as UFC officials have announced New York’s Aljamain Sterling is set to return opposite Brazil’s Rani Yahya.

Sterling will enter this fight having last fought in July, when he picked up arguably the best win of his career, out-hustling former UFC bantamweight champion Renan Barao to a unanimous decision. This win was preceded by another decision win over Augusto Mendes, and a pair of losses to Raphael Assuncao and Bryan Caraway.

Yayha, meanwhile, recently returned to winning ways with a win a first-round kimura against Henry Briones. This win was preceded by a loss to Joe Soto and four-straight wins over Michinori Tanaka, Matthew Lopez, Masanori Kanehara, and Johnny Bedford.

UFC Fresno will be headlined by a featherweight scrap between ranked contenders Cub Swanson and Brian Ortega. The bout will mark the final obligation on Swanson’s current UFC contract.

Here’s the UFC Fresno card as it stands now.

Who do you think wins this newly announced Aljamain Sterling vs. Rani Yahya fight?