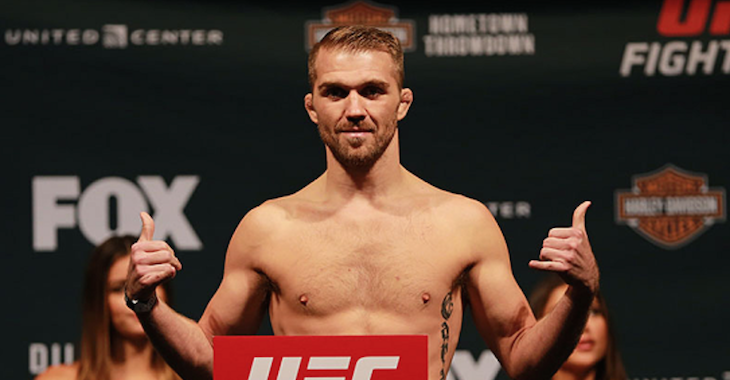 After more than a year and a half on the shelf, bantamweight contender Bryan Caraway is finally slated for a return. Caraway will be taking on “Cool Hand” Luke Sanders when the UFC debuts in Fresno, California with UFC Fight Night 123 this December 9. This report comes from Brett Okamoto of ESPN.com.

This bout will be Caraway’s first since he defeated Aljamain Sterling by split decision all the way back in May of 2016. This win was preceded by another impressive decision win over Eddie Wineland, a loss to Raphael Assuncao, and wins over Erik Perez and Johnny Bedford. Caraway is 21-7 overall.

Sanders, meanwhile, is 11-1 in sum. He recently lost for the first time, having been stopped by an Iuri Alcantara knee bar at UFC 209 back in March. This loss was preceded by an 11-0 start to his career, which includes a win over Maximo Blanco in his UFC debut. Do you think Bryan Caraway will come out on top in his long-awaited return to the cage? How many wins away from a title shot do you think he is? Join the conversation in the comments section.