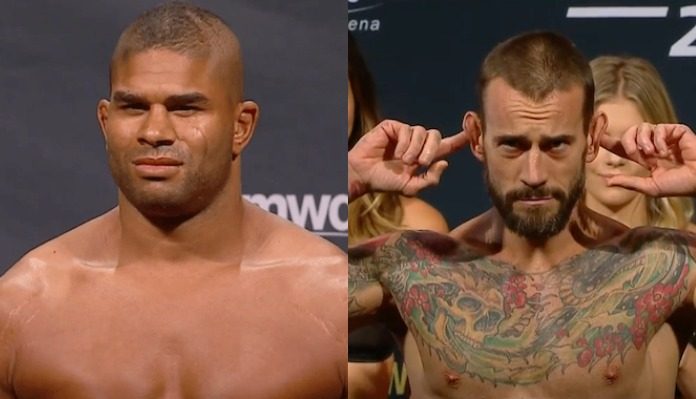 The UFC 225 bout order has been the subject of much controversy among fans. The controversy stems from the fact that former pro wrestler CM Punk and his opponent Mike Jackson, both of whom own 0-1 MMA records, are on the pay-per-view main card, while former Strikeforce, Dream and K-1 heavyweight champ Alistair Overeem and his opponent Curtis Blaydes have been relegated to the undercard.

Overeem and Blaydes were originally expected to be on the UFC 225 main card, but were bumped from their spot to make room for a women’s featherweight contender bout between Holly Holm and Megan Anderson. While nobody is complaining that this featherweight bout has been added to the main card, the widespread opinion is that if any bout should have been bumped from the pay-per-view to make room for it, it should have been Punk’s. Not Overeem’s.

The reason that Punk has remained on the main card, of course, is clear. He is still a superstar among pro wrestling fans, and just like his first MMA bout, his second is likely to sell a ton of pay-per-views. UFC President Dana White did not deny this is the reason Punk is on the main card, and Overeem is not, when asked about the situation at the UFC Liverpool post-fight press conference.

“Listen, when Alistair Overeem sells as many pay-per-views as CM Punk does, we can argue,” White said. (via MMA Fighting).

“He was ‘demoted’?,” White continued. “If that’s the way you want to look at him, being ‘demoted’, what is Rashad Evans? What is [Anthony] Pettis? There’s guys that could be on the main card that are on the Fight Pass prelims.”

The good news is that, whatever the reason for the UFC 225 lineup adjustment, Overeem doesn’t seem to mind.

“I was a little bit surprised with the decision,” Overeem said last week on The MMA Hour. “But when I think about it, I can see where UFC is coming from, they want to build the women’s featherweight division. My friend and teammate Holly Holm being a big name, so she shouldn’t be on the prelims anyway. For me, personally I don’t have a problem with the decision. It’s going to be on free TV, and it might be on a bigger audience, right? UFC understand the television stuff and I understand if it’s going to be a bigger picture.”

Do you think Alistair Overeem belongs on the UFC 225 main card?