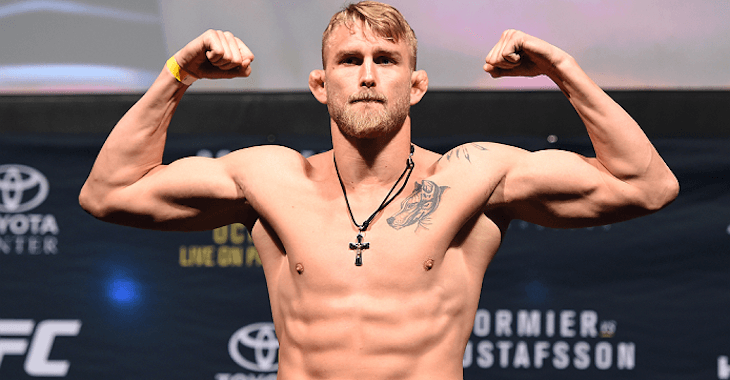 While it took Gustafsson until the 5th round to actually finish Teixeira, ‘The Mauler’ managed to knock Texeira down twice throughout the fight, out-striking his opponent 108-62 on total strikes, as well as 97-42 on significant strikes. Following the win, Gustafsson took to social media to thank the fans in attendance, as well as Glover Teixeira:

Thank you Sweden, thank you @gloverteixeira , thank you @ufc fans around the world. I am a happy happy man right now. Now some quality family time with my princesses.❤️

As ‘The Mauler’ stated above, he will now spend time with not only his wife, but also his newborn daughter, who was born just weeks prior to Gustafsson’s fight with Teixeira:

Welcome my princess Ava. Amazingly proud of mom Moa and her strength during the delivery. Happiest man in the world. This is my family ❤️ 🙏🏻

With the win, Gustafsson remains the light heavyweight #1 contender on the UFC’s official light heavyweight rankings, with his teammate Jimi Manuwa close behind. With his win over Teixeira, Gustafsson now moves on to a 2-fight win streak that will likely see him fight the winner of this summer’s highly anticipated Jon Jones vs. Daniel Cormier II pay-per view which takes place in July. With that being said, Jimi Manuwa has also continued to call for a title shot given his recent back to back defeats of Ovince Saint-Preux, and most recently Corey Anderson.