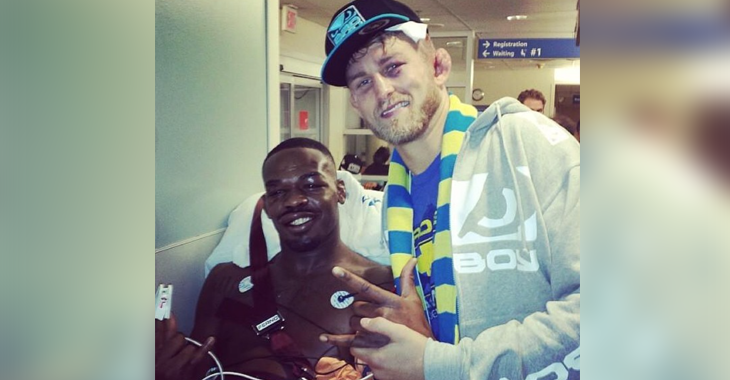 UFC light heavyweight champion Daniel Cormier surely wants his chance to get another shot at Jon Jones in the Octagon, especially when many believe Jones is still the best fighter in the division.

#1 ranked UFC light heavyweight Alexander Gustafsson is one of those that have voiced that Jones is still the most superior fighter in their division. Speaking with Champions, “The Mauler” has his priorities on beating Glover Teixeira at UFC Fight Night 109 on May 28 but is definitely aware of what’s going on in the division. With UFC President Dana White offering Jones the title fight against Cormier on July 29 at UFC 214, chances are that we will see that rematch get booked. However, if for some reason Cormier vs. Jones 2 does not come together, Gustafsson says he is more than happy to get his own rematch against Jones.

“One-hundred percent,” Gustafsson said with no hesitation. “One-hundred percent—if Jones wants a welcome party back to the UFC, then I’m happy to do that. Let’s see what happens, you know. It’s exciting times for the light heavyweight division.”

With Gustafsson’s own belief that Jones is still the best fighter at 205, he feels getting another crack at “Bones” is as just good as another shot at the title. “The title shot is a big goal for everyone in the sport, but for me, the opportunity to beat Jones is almost the same thing,” Gustafsson said. “When you look at it in the big picture, I still think Jones is the best guy in the division right now. DC [Daniel Cormier] is, of course, the world champion, but Jones, I believe, is still undefeated. He’s just made mistake after mistake in his personal life. He’s thrown away his opportunities which is sad, but when the time comes for him to come back, I’ll gladly fight him. I want the belt as well, but Jones and I have unfinished business, and I’ll happily deal with it after I beat Glover.”

Who would you like to see Jon Jones fight in his return to the Octagon? Sound off in the comment section!