GLORY 39 Brussels and the GLORY 39 SuperFight Series is set to take place on Saturday, March 25. The premiere kickboxing league will be making its way back to the Capital of Europe after nearly five years from their sole appearance in Brussels.

Those in attendance for the weigh-in on Friday got a little taste of what is to come at the event as GLORY welterweight champion Cédric “The Best” Doumbé and challenger Yoann Kongolo got into it after weighing in. 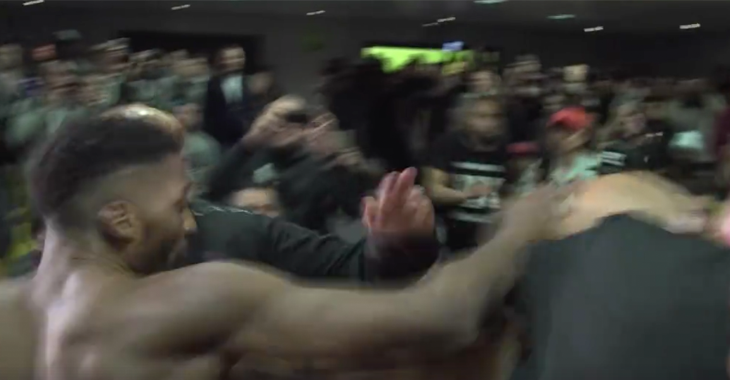 Newly crowned GLORY welterweight champion Cédric “The Best” Doumbé (65-4-1, 39 KO) of France headlines GLORY 39 Brussels, defending his belt for the first time against Swiss striker and No. 2 ranked welterweight Yoann Kongolo (64-8, 46 KO). The challenger Kongolo holds two victories over the champion Doumbé, earning a unanimous decision in each previous encounter – including their meeting at GLORY 22 SuperFight Series in 2015, the GLORY debut for both fighters.

Top ranked heavyweights do battle in the co-headline bout at GLORY 39 Brussels, as No. 3 Jahfarr Wilnis (30-8-1, 8 KO) of the Netherlands clashes with Moroccan-Belgian knockout artist Jamal “The Goliath” Ben Saddik (31-5, 26 KO), currently ranked No. 6 after unseating top contender Ismael Londt. 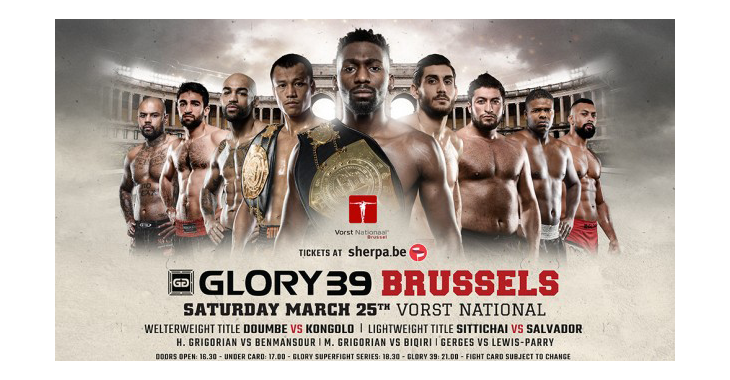