Former UFC champions Tito Ortiz and Anderson Silva will collide in a boxing match in the co-headliner of tonight’s ‘Triller: Legends 2’ event.

The Ortiz vs. Silva contest was slated to take place at a catchweight of 195lbs. However, ‘The Huntington Beach Bad Boy’ missed weight by five pounds on Friday afternoon, leaving many to wonder if the contest would be called off.

Thankfully Anderson Silva and his team agreed to continue on with tonight’s contest, this while pocketing 20% of Tito’s fight purse. 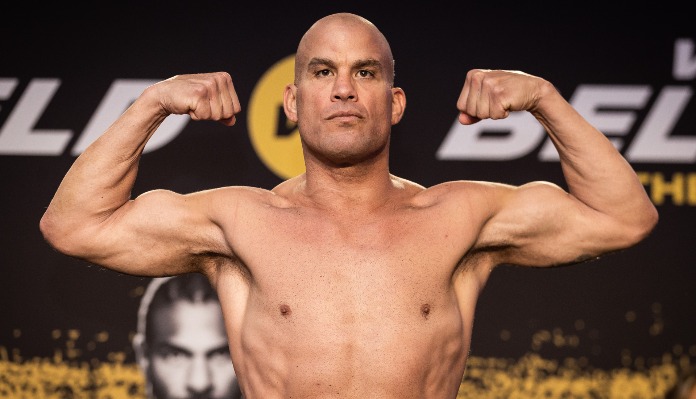 Tito Ortiz, who had been critical of Silva for demanding the fight take place at 195lbs, had the following reaction to missing weight and being penalized.

“It’s fucking difficult,” Ortiz told MMA Fighting about his weight cut. “It’s challenging. You have to understand, five weeks ago I was 240. I was comfortable and I didn’t realize what I was gonna be doing. I’m willing to give a little bit of money not to kill myself. I want to make sure I’ll be able to fight, I want to make sure I can perform at the capacity I’m able to do.”

Tito Ortiz last competed in combat sports in December of 2019, scoring a submission victory over Alberto El Patron in a MMA bout. The win marked the former UFC champions third in a row, as he had scored previous first-round finishes over Chuck Liddell and Chael Sonnen.

Who do you think will emerge victorious when Tito Ortiz and Anderson Silva throw down this evening?