Logan Paul addresses fight-fixing accusations surrounding Jake Paul vs. Anderson Silva bout: If you think that fight, in any way, was dishonest, you’re a f**king loser”

It was Jake Paul vs Anderson Silva in a boxing match last Saturday night, October 29, 2022, at the Desert Diamond Arena in Glendale, Arizona. The fight, with 14,000 in attendance, lasted the designated eight rounds. It was Jake Paul who was awarded the victory by unanimous decision.

In beating the former UFC middleweight champion, Paul solidified his wins at 6, 4 of those by knockout, and no losses in his professional boxing career.

“The Problem Child” has received praise from some, saying this was his biggest test to date and yet others are indicating the fight may have been rigged. It is true Anderson Silva is 47 and Paul a much younger 25, but it is also true that the judges determined Paul won last weekend.

Jake Paul has discredited all the naysayers and now his older brother, Logan, is also coming to his defence.

Speaking on an episode of his ‘IMPLAUSIVE’ podcast, Logan Paul had this to say about the recent boxing match (h/t MMANews):

“It’s a really dumb-ass echo chamber. Like, when I see these comments — I’m gonna get a little aggressive here — if you think that fight, in any way, was dishonest, you’re a f**king loser. And I mean that from the bottom of my heart. I want you to go home, look at yourself in the mirror, and ask yourself the following question, ‘What do I lack? What do I lack in my life that forces me to go and discredit a kid who I know is working his ass off?” 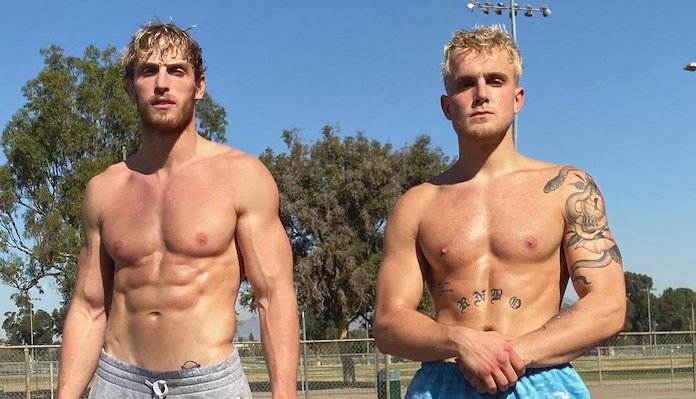 “You know how hard my brother works. The answer might be one of the following: a f**king brain, friends, purpose. I urge you to use critical thinking when you type dumb sh*t online.”

Logan Paul also took to ‘Twitter’ with the following message:

“Jake tried to fight two boxers this year on separate occasions (Tommy Fury, 23 years old, 8-0, AND Hasim Rahman JR, 31 year old, 12-1) and they BOTH BACKED OUT. A combat legend was the only one willing to take the challenge. Shut the f**k up.”

Do you agree with Logan Paul that the fight was legitimate or are you one of the fans thinking the bout was rigged?

This article appeared first on BJPENN.COM
Previous articleJohnny Munoz Jr. plans to submit Liudvik Sholinian on last fight of deal to earn a new UFC contract
Next articleYair Rodriguez rips Alexander Volkanovski for chasing lightweight title fight: “Are you a man of your word?”
© Newspaper WordPress Theme by TagDiv