Ruiz (33-1, 22 KO’s), who stepped up on short notice for the fight, captured the IBF, WBA and WBO titles with massive upset win.

‘The baddest man on the planet’ title was previously thought to be a three man race between Anthony Josua, Tyson Fury and Deontay Wilder.

Andy Ruiz Jr put an end to that belief with his dominant victory this evening. Ruiz dropped Joshua on four occasions before the contest was mercifully called off.

Both Deontay Wilder and Tyson Fury reacted to tonight’s massive upset moments ago on Twitter.

We have our back and Forth’s but @anthonyfjoshua changed his stars through life. heavyweight boxing, these things happen, rest up, recover, regroup and come again 👊🏼

“We have our back and Forth’s but Anthony Joshua changed his stars through life. heavyweight boxing, these things happen, rest up, recover, regroup and come again.” – Tyson Fury

Deontay Wilder was not so sympathetic when sharing his reaction to Anthony Joshua’s shocking TKO loss.

He wasn’t a true champion. His whole career was consisted of lies, contradictions and gifts.
Facts and now we know who was running from who!!!!#TilThisDay

“He wasn’t a true champion. His whole career was consisted of lies, contradictions and gifts. Facts and now we know who was running from who!!!!” – Deontay Wilder said of Anthony Joshua following tonight’s title fight.

Ouch! That was just cold. 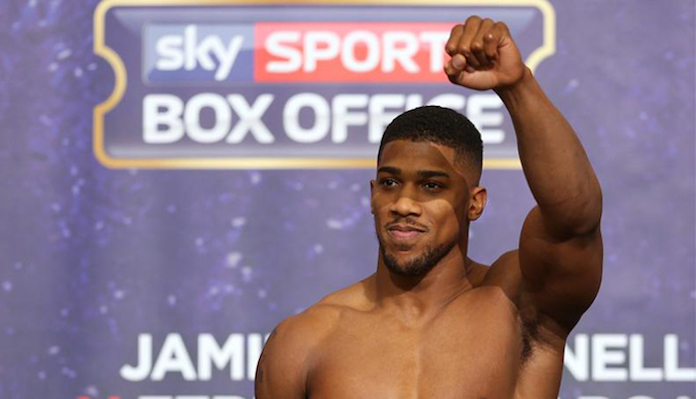 “Big respect to Andy, big big respect,” Anthony Joshua said. “He’s a good fighter. Thank you America. Thank you everyone for coming out this evening. Sorry I let my friends down, sorry I let my supporters down. There is no excuse. I got caught with a big shot, congratulations to him.”

What was your reaction to Andy Ruiz Jr. massive upset victory over Anthony Joshua, and what do you think of the comments made by Tyson Fury and Deontay Wilder? Sound off in the comments section PENN Nation!