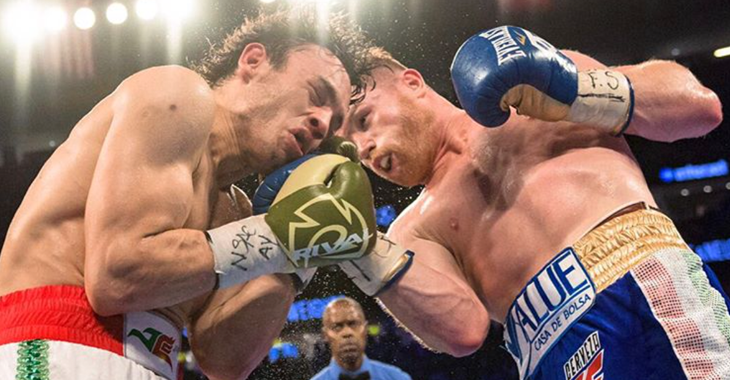 Many fans often debate between the popularity and superiority of mixed martial arts vs boxing. They are two different combat sports that have many die-hard fans often are trying to claim one is better than the other or that one is more popular.

With the Canelo Alvarez vs. Julio Cesar Chavez fight that took place over the weekend, it was one of the biggest boxing matches to take place recently. According to ESPN’s Dan Rafael, the pay-per-view boxing match reportedly pulled in some big numbers. Rafael: No official numbers yet for #CaneloChavez PPV but I’m told it will be at least 1 million buys. A huge number for the fight. #boxing

No official numbers yet for #CaneloChavez PPV but I'm told it will be at least 1 million buys. A huge number for the fight. #boxing

With Canelo running away with the win over Chavez, the fight between Alvarez and Gennady Golovkin was announced in the ring. This massive fight will likely pull in even bigger numbers than Canelo vs. Chavez as the two boxing stars will finally look to prove who is the better fighter in the ring.

In comparison with estimated UFC pay-per-view numbers, some of the top selling fights that went over one million plus pay-per-view buys include the following events:

Although the UFC has done quite a few million plus pay-per-view events in 2016, nothing compares to the richest fight in sports history with Floyd Mayweather and Manny Pacquiao’s 2015 superfight getting an estimated 4.4 million pay-per-view buys.

Any predictions on what Floyd Mayweather vs. Conor McGregor would do?