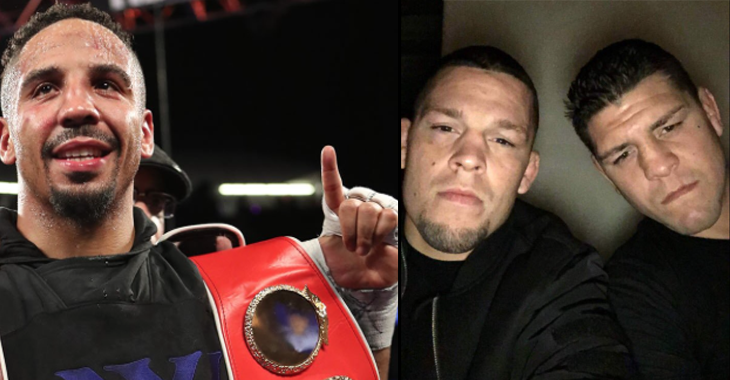 Andre Ward is now being argued as the number 1 pound-for-pound boxer in the world after defeating Sergey Kovalev over the weekend.

Ward won a unanimous decision over Kovalev in Las Vegas, Nevada to take three light heavyweight world title belts from the Russian boxer. However, there has been a bit of controversy in the extremely close fight as the 114-113 score from all three judges in favor of Ward could be argued to go the other way. Nonetheless, with the huge win, Ward is in the talks of boxing’s pound-for-pound debate with going up in weight to win Kovalev’s three world title belts and was asked prior to the fight what his thoughts were on the boxing vs. MMA debate.

“I mean I don’t really see why it has to be a competition, to be honest with you,” Ward told TMZ. “I really don’t. I think there’s room for both our sports. People have written boxing off for so many years. Boxing is not going anywhere. It’s not. It’s just not.

“MMA is extremely successful doing what they have to do. The fanbase can be mixed at times. It’s really two separate fanbases in some respects. There’s room for everybody. I’m a casual MMA fan. Like Nick and Nate Diaz. Those are guys that I spar with. Those are my homies. Gilbert Melendez, I mean I respect these guys. I never looked at it like it was a competition thing and I honestly don’t know why it’s such a debate on why you have one or the other when we can just have both.”

Ward then gets asked about his sparring experience with the Diaz brothers and how they fare against one of boxing’s best.

“Well listen, both of those guys are left-handed and anytime we fight a left-handed [boxer], we have those guys in camp. And, when I first started working with both of them, probably five or six years ago, I was surprised at how polished and skillful they were. They know how to fight and they can fight. Those boys know what they are doing. Great boxing coach, a guy named Richard from Stockton and they can throw their hands man. Trust me, they can their hands.”