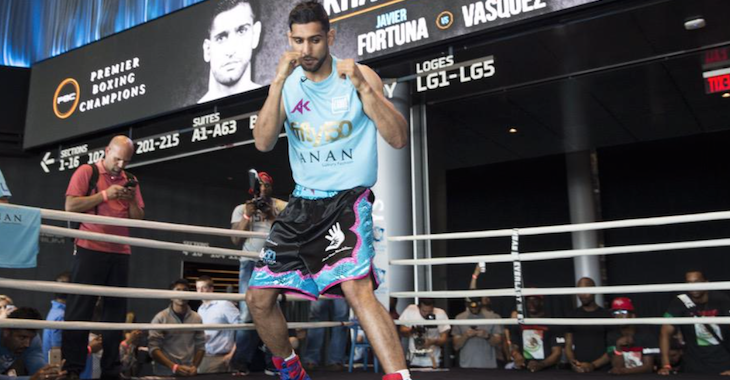 In a surprising turn of events, Boxing champions Amir Khan and Anthony Joshua have now become enemies on the heels of Khan accusing the heavyweight champ of having an affair with his wife Faryal Makhdoom.

The majority of the exchange regarding their split took place on Twitter: Faryal moved on quick. Always mentioned to me how much she wanted to be with another guy, from all people another boxer 🙄 @anthonyfjoshua pic.twitter.com/1GBAQnvzMC

@amirkingkhan I'm not sure if it's your family tweeting for you. But I'm not the one who been in the papers for cheating 😂 @amirkingkhan p.s I'm not the one who's been in the papers for cheating 😂

Left my family and friends for this Faryal. I'm not hurt but another fighter. I'm making it public. You getting the divorce #Golddigger

Heavyweight champion Anthony Joshua then responded on the matter, saying: At the present time, Joshua is currently gearing up for his rumored first title defense, a rematch with Wladimir Klitschko. On the other hand, Amir Khan will be looking to make his return very soon where he hopes to bounce back from his lopsided loss to Canel Alvarez in May of 2016 that saw him lose in an attempt to jump up to middleweight to capture the WBC, Ring, and Lineal middleweight titles.

Since then Khan has been absent from the ring while he looks to heal some injuries before making his return.