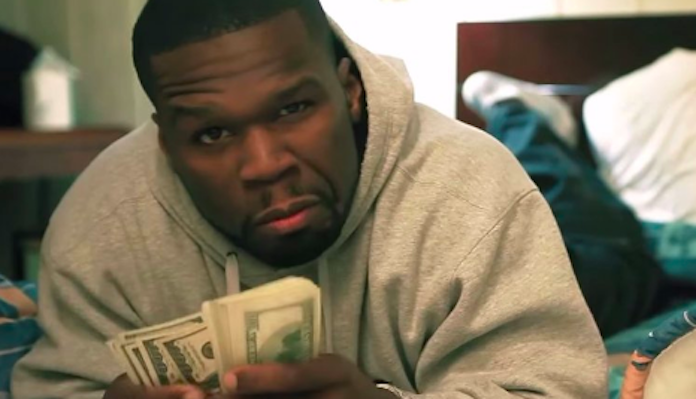 If popular rapper 50 cent’s recent Instagram posts are to be believed, he’s signed a $1 million deal with Bellator.

Let me start by assuring that no, 50 Cent will not be fighting in the Bellator cage. Not yet, at least.

According to the rapper’s posts, Bellator has purchased the phrase “get the strap” from him. What exactly that means is not clear — though it sounds like it could have something to do with some kind of Bellator clothing line.

“l did a deal today,” 50 said on Instagram. “l sold (get the strap) for a million dollars to Viacom’s Bellator. So you will see it on some cooler clothing shortly. See how l make something out of nothing. LOL.”

So, to summarize: 50 Cent has allegedly been paid $1 million dollars by Bellator. In return, they get the term “get the strap,” which seems to have something to do with clothing… or maybe Bellator-related programming on DAZN… Needless to say, the picture isn’t completely clear just yet. We’ll update you when Bellator sends out a press release on their deal with 50 Cent, which will surely provide a little more information. Whatever the case, it seems the promotion’s recent courtship of the rapper did have a purpose.

What do you think of Bellator’s relationship with 50 Cent?