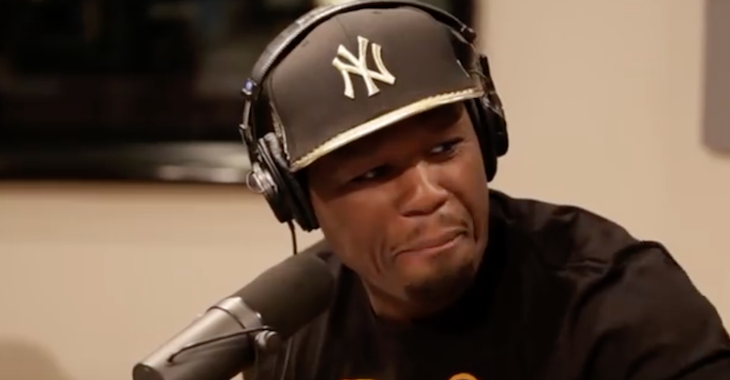 Believe it or not, things just continue to get weirder and weirder when it comes to this recent 50 Cent getting involved with MMA ordeal.

After posting a picture of a meeting with Bellator president, Scott Coker, Curtis “50 Cent” Jackson III has called for a fight with former UFC light heavyweight champion, Quinton “Rampage” Jackson and the MMA world has essentially had their collective minds melted by the idea of such a thing.

With 50 Cent set to attend Bellator 199 tonight for the last fight of the Bellator heavyweight Grand Prix’s opening round, the rapper appears to be suddenly more and more involved.

Coker recently caught up with MMAJunkie after a pre-fight press conference to address all this.

“I left the meeting. Then I come home, and there he is. Boom, to his 18 million Instagram followers. And then my phone is blowing up: ‘Hey, are you signing 50 Cent to a fight?’ A lot of speculation at what’s going on. But, listen, the guy, I haven’t even talked to him about fighting.

Jackson vs. Jackson? I mean, you know, they shouldn’t be fighting. I think that, with 50 Cent, if he wanted to train and really get in there and do it, I think he probably could do it. The guy is in great shape. But to fight Rampage?

At age 42 and with zero combat sports experience, it is absolutely insane to think of 50 Cent vs just about anyone let alone a former world champion like Rampage Jackson. But Coker’s comments are a little concerning…especially in today’s MMA climate.

Bellator also likes to surprise us with “big” announcements during their shows you never know if they have something in store for Bellator 199.