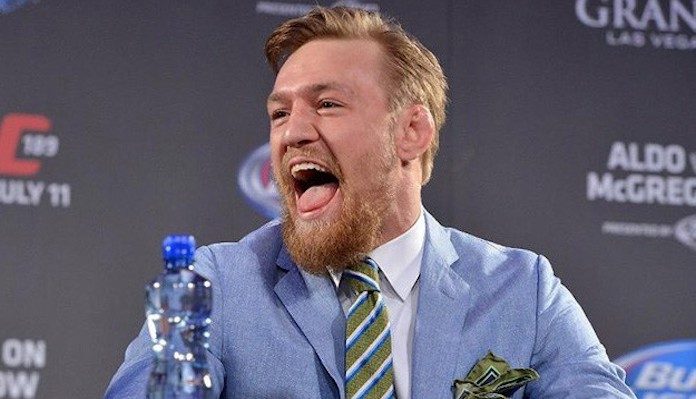 The crowd at Bellator 200 will be full of stars from mixed martial arts, television, and the silver screen. According to Chamatkar Sandhu, who spoke to Bellator officials, names like Conor McGregor, Chris Pratt and Sophie Turner will be in attendance.

Been informed by Bellator officials that the following guests will be sitting cageside for #Bellator200 tonight:
– Conor McGregor
– Paul Daley
– Chris Pratt
– 50 Cent
– The cast of Geordie Shore
– Sophie Turner (who plays Sansa Stark on Game of Thrones)
Amongst others.

For those living under rocks:

Conor McGregor is the former UFC lightweight and featherweight champion, and pretty much the biggest star in MMA history. He has attended a Bellator event in the past, and the result was pure, unbridled chaos.

Paul Daley is a British welterweight who has long fought under the Bellator banner. Interestingly, he has recently been extremely disgruntled with the promotion.

Chris Pratt is one of the biggest names in Hollywood, having recently starred in films like Guardians of the Galaxy, Avengers: Infinity War and Jurassic World.

50 Cent is an American rapper, who has recently been linked to Bellator MMA — though nobody really seems to know why.

Geordie Shore is a British reality show much like America’s beloved Jersey Shore. One member of the cast, Aaron Chalmers, is now a professional fighter, and will make his Bellator debut on the Bellator 200 card.

Needless to say, the Bellator 200 crowd is going to be legitimately star-studded. Will you be watching?