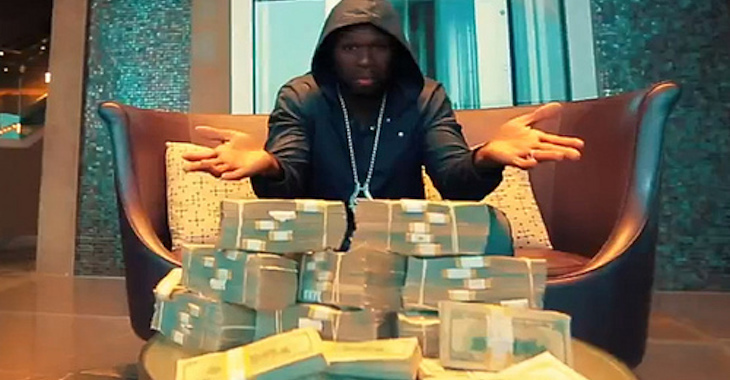 Did you think that it was only the UFC that was providing us with an MMA circus recently? Then you must not have been paying attention to Bellator…at least that’s how it may seem.

Bellator has already been known for putting on various “legends” fights ranging from Stephan Bonnar vs Tito Ortiz and Royce Gracie vs Ken Shamrock 3 to Kimbo Slice vs DaDa 5000…we’ll just ignore that last one though.

Last week, we were teased with a photo that came completely out of the blue. That photo being of what appeared to be a meeting between Bellator president, Scott Coker and the rapper, Curtis “50 Cent” Jackson III. The two appeared to be having a good time as Coker is seen signing papers of some kind.

Whatever it is that 50 Cent is working on with the Bellator frontman, Coker remains to be determined and many have speculated since his Instagram post. But now it looks like we may have a better idea of what he was referring to.

Don’t get it fucked up im the baddest jackson around this motherfucker. Now if we can get the money right Rampage got a problem on his hands. #wherethebag💰at

At age 42 and with no combat sports background what so ever, it would be truly mind-boggling to think that a commission would ever allow said 42-year old to step foot into a cage with a former world champion. But this just might be the MMA world we live in nowadays. So yes, 50…this would indeed blow our minds.