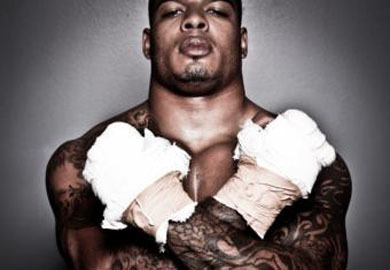 “If eventually I fully commit to only MMA, of course I want to be in the UFC because that’s the highest league out there. But for now WSOF is treating me very well… [WSOF is] putting on great shows, great fight cards, they’re doing good numbers now. They’re getting bigger and better every show so I’m satisfied with them, and they treat me very well. It’s a big family and Ray Sefo and Ali [Abdel-Aziz] treat everyone well… If I commit to MMA? Yes, I want to be in the UFC.”

In a recent interview with Bloodyelbow.com, Tyron Spong, a Glory Kickboxer and WSOF fighter, stated that if he decides to make the full-time switch to MMA he would look at the UFC as a fighting home.