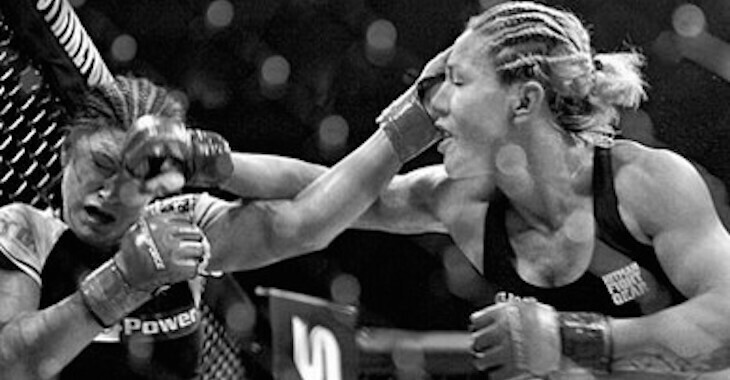 Cris “Cyborg” (14-1, 1 NC) is getting set to fight at Invicta FC 15 on Jan. 16 in Costa Mesa, California. Her potential opponent, Cindy Dandois (6-2) was announced by Invicta president Shannon Knapp on the Monday’s MMA Hour.

Although Cyborg confirmed that there was no official bout agreement on the weight and opponent, it definitely sounds like Knapp is pushing for the bout between Cyborg and Dandois at a 140-pound catchweight, which could lead Cyborg to a fight in the UFC.

@InvictaFights @DandoisCindy It was not signed any agreement about this fight at 140. it's been 3 times that are changing the date of event

Cyborg has a contract with the UFC, but will only fight in the promotion when she successfully competes at 135-pounds in Invicta.

A Cyborg and Ronda Rousey fight was hyped up many times in the media until UFC 193, where Rousey was knocked out by new UFC bantamweight champion Holly Holm. It is unknown if a Cyborg and Rousey fight is still something that should happen, as UFC president Dana White has said a rematch between Holm and Rousey makes sense.

Cyborg will look to continue to her dominance as the Invicta women’s featherweight champion and see if any superfight that fans have been clamoring for come to fruition.

Do you want to see Cyborg compete in the UFC? Who do you think her opponent should if she makes her UFC debut?