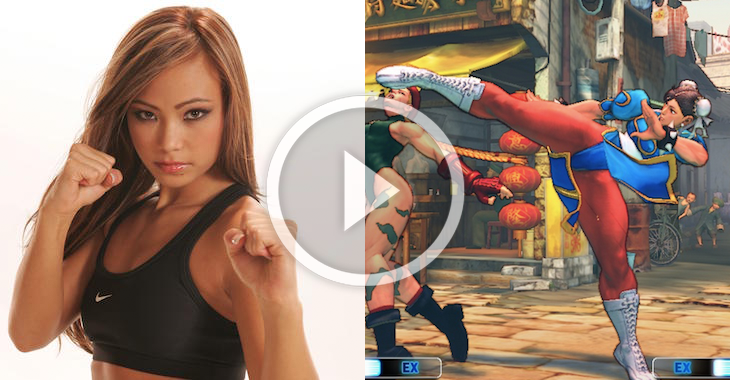 Former Invicta FC Atomweight Champion Michelle Waterson, otherwise known to the rest of the world as the “Karate Hottie”, is showing off her kicking skills by doing the Chun Li kick from Street Fighter!

Kicking the week off right! Trying to be like Chun Li! Doing round house kicks on one leg works your balance, stability and is a killer on the buns! Try challenging yourself and see how many kicks you can do before putting your foot down! I got 15!