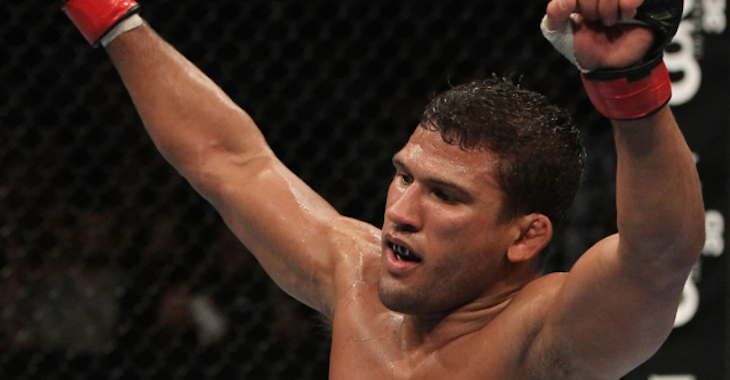 MMA veteran Tyson Griffin has been released from the World Series of Fighting.

The former UFC fighter announced the news on Twitter and said that the decision was actually
his. Griffin is 2-6 in his last eight fights and is currently on a two fight losing streak, both of which took place in the WSOF.

My focus will be on coaching my members and fight team @PF_MMA as well as helping the new light heavyweight champ @dc_mma when he fights!

Griffin also hinted that he would be retiring from the sport, saying he may never step in the cage again, but instead focus on helping his teammates and working with UFC light-heavyweight champion Daniel Cormier. He has helped DC with his diet in the past.

Griffin went 8-0 in his first eight pro fights, including wins over Urijah Faber and Duane Ludwig. He has fought a who’s who of lightweights and was a staple at the top of the division for most of his UFC tenure.

If this is the end, it was a hell of a career. Thanks for all the fights Tyson!