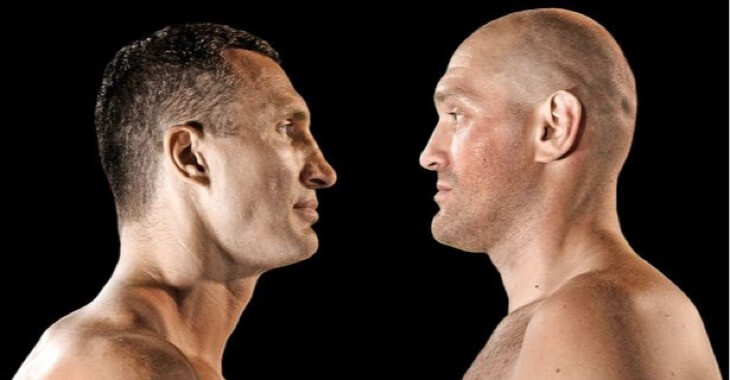 Tyson Fury from Manchester, England has a professional record of 24-0 with 18 wins by KO and will be fighting Wladamir Klitschko 64-3 with 53 wins by KO for the WBA, WBO, IBO and IBF belts. Klitschko seeks only the WBC title to achieve the heavyweight title unification this Saturday in Germany.

With all the doping in sports, Fury has taken a reverse psychology approach to the fairness of testing and feels that in an “all or nothing” approach to sports, doping is his solution to fix the problem. Fury, in a statement, also stated that he does not use or condone the use of any performance enhancing drugs himself. “I can look at a man and tell you if he’s full of drugs by one glance at his body with his top off. Boxing has got a big problem with drugs, but it doesn’t bother me because at the end of the day, it’s about determination over drugs.”

The British Boxing Board of Control said it was firmly against doping in the sport. “I think being in a democratic world means we have to be open to different things,” said Fury. “Why don’t they make drugs totally legal in sports and then it would be fully fair? If the governing bodies want to do that, it will be a bit fairer. You can’t tell me that 99% of these sportspeople ain’t taking drugs if they’ve got bodies like Greek gods. If a man wants to pump himself full of drugs, it’s only shortening his life isn’t it? When you’re pumping yourself full of drugs, it’s putting pressure on your heart, your liver, your lungs, your kidneys. You’re on a one-way ticket to a heart attack, so that’s why you see a lot of these bodybuilders and weightlifters having heart attacks young because they’re pumped up so much and the heart can’t take the pressure.”

Not sure if Tyson Fury will qualify to sit on the committee for the World Anti-Doping Agency (WADA) or USADA anytime soon with those comments. Will Fury upset Klitschko and bank on the bet he placed on himself?