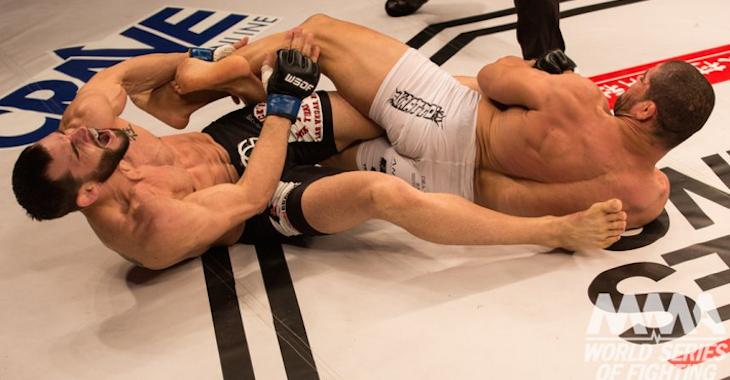 Despite successfully defending his World Series of Fighting Welterweight Championship for the first time, Rousimar Palhares’ stock plummeted overnight due to the controversy surrounding the win.

Palhares forced Shields to submit in the third round of the main-event of Saturday’s “WSOF 22” and once again held the submission past the tap. Fighters and fans alike were up in arms when it happened and the negative feedback hasn’t stopped:

At this point of his career @ToquinhoMMA should be banned from MMA for life. Cheater at every opportunity. Major officiating error. #WSOF

The 6th time Palhares held a submission past the tap. He should be banned, or at least given a lengthy suspension. pic.twitter.com/vLbo43DdTC

This is uncalled for.. Not the first time he's held onto a submission while his opponent has tapped http://t.co/655afXkGZN

However looked like 3-4 seconds after shields started tapping. https://t.co/ndSEB8OJWS

Man, I just keep thinking about what might of happened at the Sheilds fight if the Diaz bros hadn't been kicked out of the arena already.

If you'd like to make a comment to WSOF about the fight and what you thought go to… http://t.co/KN1aI4SAAb

Does Palhares deserve a lifetime ban, or would a suspension teach him his lesson?