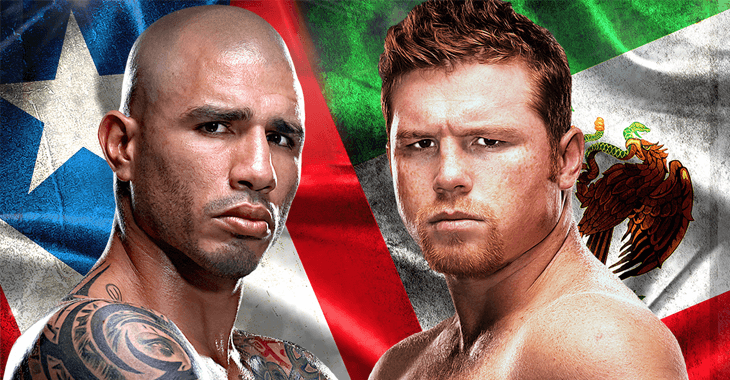 On Nov. 21, Miguel Cotto (40-4, 33 KOs) vs. Canelo Alvarez (45-1-1, 32 KOs) goes down at the Mandalay Bay in Las Vegas, Nevada. The co-promotion HBO PPV showcases Canelo from Golden Boy Promotions and Cotto from Roc Nation Sports, and the faces behind the promotion have made a bit of a wager in the name of charity.

On the heels of one of the most anticipated nights in boxing this year, Roc Nation Sports’ founder JAY Z and Golden Boy Promotions’ chairman and CEO Oscar De La Hoya have entered into a friendly wager with one another staking claim that their respective boxer will capture the win when Miguel Cotto faces Canelo Alvarez in a middleweight world championship mega-fight on Nov. 21 at the Mandalay Bay Events Center in Las Vegas presented live on HBO Pay-Per-View. The bet started taking shape when both co-promoters visited their boxers’ camps prior to fight week, boasting confidently about their fighters’ ability to come out victorious on Nov. 21. The terms were inevitably set – JAY Z and Oscar decided to place a $100,000 bet with the winner’s earnings going towards their philanthropic endeavors. If Cotto and JAY Z come out on top, Oscar will donate $100,000 to the Shawn Carter Foundation. In similar fashion, if Canelo beats Cotto, JAY Z will donate $100,000 to Oscar’s efforts at the White Memorial Medical Center’s cancer unit. Now all sights are set on Nov. 21, when the showdown between Cotto and Canelo will determine who will be the middleweight champion of the world and the outcome of JAY Z’s and Oscar’s bet.

Betting odds from Vegas Insider have Canelo at -300, while Cotto is set as the underdog at +235. Do you think Jay Z should have gotten odds from Oscar? Give us your opinion on the bet in the name of charity in the comment section below!