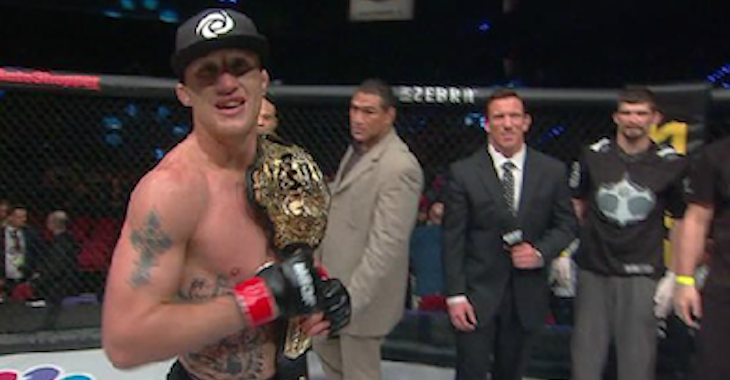 The World Series of Fighting’s lightweight champion thinks that he could have beaten former UFC champ Anthony Pettis, just like Rafael dos Anjos did at UFC 185.

Justin Gaethje told MMAFighting that he doesn’t think Pettis has ever been through anything as grueling as wrestling and that’s why Dos Anjos was able to wear him down and beat on him for five rounds. And just like Dos Anjos, Gaethje thinks that his wrestling background would have helped him dethrone ‘Showtime’ as well.

“Pettis, it could’ve been Nurmagomedov, it could’ve been dos Anjos, and it could’ve been me, because we’re all the same fighter — we pressure. Go forward,” Gaethje said.You know, he could knock any one of us out — he’s powerful, he’s got great kicks — but if he doesn’t land that one shot, someone like me is going to run right through him because I’m never going to quit. Those little potshots that he throws sometimes, those are not going to faze me. I’m going to go right through them and keep trying to kill him.