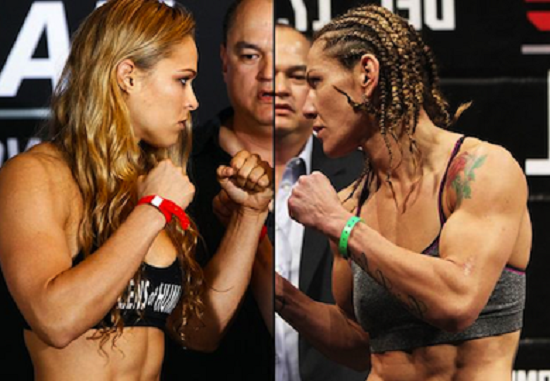 Earlier this week Ronda Rousey stated that she would kill Cris Cyborg with her bare hands if Cyborg threatened to ‘undo all the work’ Ronda had done (Read that HERE).

As always in this bitter feud, Cyborg has responded to the comments.

She took to The UnderGround to fire back at Ronda.

“Hahaha, you say you want to try and kill me in the cage? but you are scared about 10 lbs? lets meet in the middle at 140lbs, I’m tired of the bully talking. Cat Zingano if you are looking for a training partner let me know, I can not wait to see you shut this girls mouth.”

Cyborg was set to make her bantamweight debut next month under the Invicta banner in hopes of eventually earning a shot at Rousey, however she was forced out of the bout with an ankle injury.