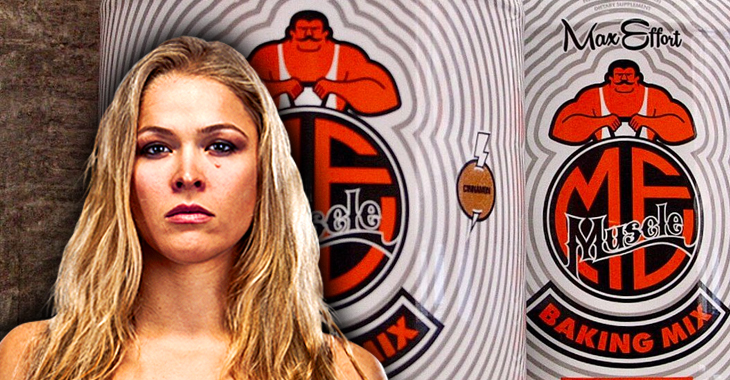 Ronda Rousey may have been taken a break from MMA ― maybe even a full-on retirement this time ― but that doesn’t mean she’s not been doing anything. She was with Shayna Baszler every step of the way through the WWE’s Mae Young Classic tournament, she may be heading to WWE herself, and she was just married to UFC heavyweight Travis Browne. Her latest announcement, is that she’ll be co-owner of a supplement company which will release her own line of women’s products.

“I’ve had many offers to work with different nutritional companies. One reason why I’ve been so hesitant to partner with anyone else is I grew up in the Olympic  testing system. I’ve been drug tested since I was 14-years old. I was always taught that whatever you put in your body is your own responsibility and you’re taking a risk every single time.”

“It’s only with Max Effort and being a part owner, that I can really oversee the quality and the ingredients and the manufacturing of every single product that I get behind. I can go and see where the products are bieng made, how they are being made, and I’ve never really had that trust in any other company besides Max Effort. Max Effort is the standard of the most trustworthy brand that can be in nutrition.” ― Ronda Rousey in a statement for Max Effort.

You may have no heard of Max Effort now, but with the Ronda Rousey brand behind it, it’s sure the blow up. UFC fighter Clay Guida and Rousey’s husband Travis Browne are already partnered with the business. So far, the brand has a variety of baking mixes, protein powders, pre and post-workout supplements. It will be interesting to follow the brand with Rousey’s involvement, as she pilots her own line specifically for women.

“Max Effort is a turn of the century immigrant who came from a rough beginning. Not having much to claim as his own after a cross-seas trip, he began to take a liking to simple things like weight lifting. Soon thereafter, Max realized his talents for incredible feats of strength could enable him to pursue a new passion. With this new desire, he knew that hours upon hours of hard training required some serious assistance. After Max developed his own formulas of time-tested ingredients, he was able to give a MAX EFFORT towards his fitness goals! Now, Max is allowing you to experience the same phenomenon.” ― Description from Max Effort’s official website.