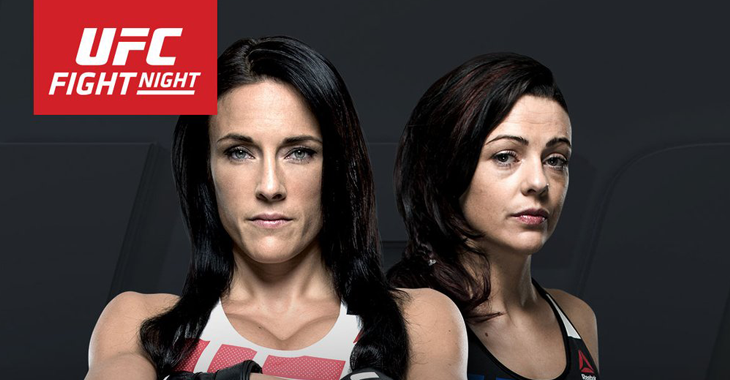 Calderwood and Letourneau will meet in Ottawa, Canada on June 18 at The Arena at TD Place in the UFC’s very first women’s flyweight bout.

The UFC announced the bout on Thursday. “The bout marks the UFC’s first ever women’s 125-pound fight, but is not the launch of a new division,” the UFC stated in a release. “UFC officials are looking into possibly opening a women’s flyweight division in the future, but until the time when or if such a division is permanently announced, there remain two women’s divisions (bantamweight and strawweight) and there will be no rankings set up for a 125-pound women’s class.”

UFC Fight Night 89 is already a record-setting event headlined by Rory MacDonald taking on Stephen “Wonderboy” Thompson where the winner could likely be the next to fight for the welterweight title.