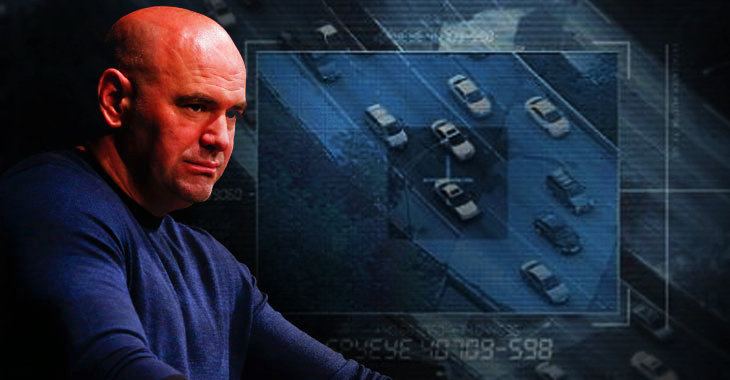 From time to time, the UFC sends out surveys to their athletes to get their opinion on certain things that the organization may have in the pipeline. An interesting question just caught UFC fighter Sean Strickland’s attention. A photo from Strickland’s Twitter account was posted, saying that USADA is considering a new tracking app that would allow them to always know an athlete’s location. This certainly pushes USADA into the 21st century of the anti-doping business. Obviously, Sean Strickland wasn’t a fan of the idea. However, this isn’t the first time something like this has been implemented. Earlier this year, there was a system in Germany put in place that was similar by their National Anti-Doping Agency. As early as March, they were also looking to add athlete tracking by GPS.

“PARADISE [Privacy-Enhancing and Reliable Anti-Doping Integrated Service Environment] has been developed in association with the Schleswig-Holstein State Centre for Data Protection and features in a recent documentary produced by ARD.de. The system works by initially giving an athlete’s rough location to a DCO [Doping Control Officer], who receives the exact location of the athlete once they are within four kilometres of the athlete. It also features designated private areas (such as graveyards) and allows athletes to add private areas where they cannot be located by a DCO.” — From the Sports Integrity Initiative earlier this year.

This year alone has been a crazy time for anti-doping violations. Jon Jones has been the most notable this year, but Junior dos Santos was removed from UFC 215 as well. Nick Diaz, Jesse Taylor and Nick Roehrick, among many others, were all flagged for alleged violations this year. An implementation of a tracking app could increase the efficiency of USADA, but could also invade the privacy of the UFC’s athletes. While there is no official word or timetable for the UFC to move forward, criticism of tracking and the legality of such a program has already been brought up in Germany.

“The way that the ADAMS [Anti-Doping Administration and Management System] system is being operated today stands in conflict with the constitutional law. The athletes are severely restricted in their basic rights, their basic right to self determination, and all that without an adequate legal basis. This is not acceptable from a legal point of view.” – Stefan Brink, data protection officer for the German state of Baden-Württemberg.