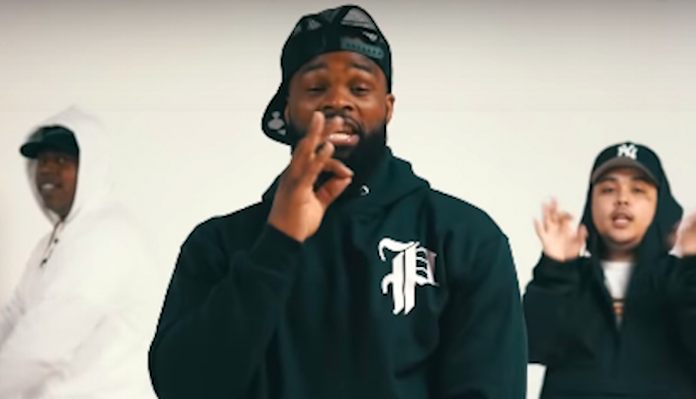 Last year, UFC welterweight champ Tyron Woodley started a second career as a rapper, releasing a song with Wiz Khalifa called I’ll Beat Yo Ass. Now, the champ has featured in another song alongside rapper 4K.

See the music video for this song, called Blow, below.

While Tyron Woodley is clearly plenty busy with his burgeoning rap career, his reign as UFC welterweight champ is in full swing too.

Woodley will enter this fight having not fought since September, when he thumped undefeated British striker Darren Till to a first-round submission in the main event of UFC 229. His next most recent fight occurred in July of 2017, when he defended his title with a dominant decision defeat of grappling ace Demian Maia. This defense was preceded by back-to-back fights with Stephen “Wonderboy” Thompson — a draw and majority decision victory. Woodley won the title in 2016, when he scored a first-round knockout victory over the ever-ferocious Robbie Lawler.

What do you think of this new rap song from Tyron Woodley?