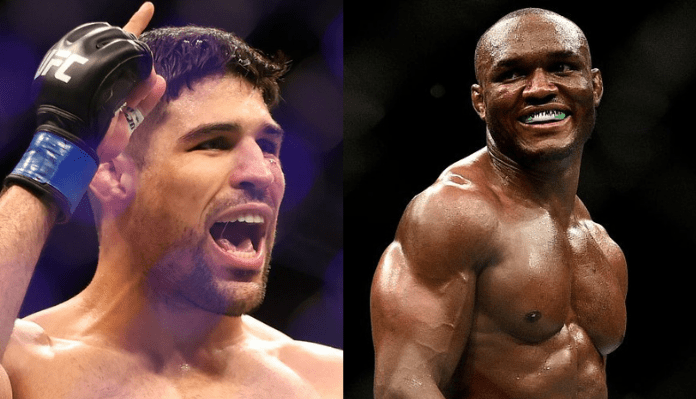 Vicente Luque believes he deserves a title shot against Kamaru Usman. Having signed with the UFC in 2015, the Brazilian has proven himself to be one of the most exciting fighters in the division. In 16 fights, Luque has earned Performance of the Night bonuses on four occasions and four Fight of the Night bonuses.

The 29 year old finds himself in some of the best form of his career. Currently ranked a #4 in the welterweight division, he’s riding a four fight winning streak including back-to-back submission victories over Michael Chiesa and former champion, Tyron Woodley.

Luque’s form has been blistering of late. He thinks he should be next in line for the title. Speaking to Brendan Schaub on Food Truck Diaries he said,

“I called him [Kamaru Usman] out after my last fight, I think I’ve been doing and I’ve done enough to get that title shot. I believe, especially the way I win, the fights I put on are really exciting, that’s my trademark. I’m not a trash talker, I’m not gonna sell my fights by talking trash about my opponent. But I sell my fights with my style, everybody wants to watch it. Whenever they announce my fights, I get a lot of support from the fans, I know they are gonna put it on their agenda and make sure that they watch that fight.” 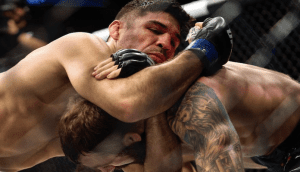 As well as courting a fight with the champion, Luque is also keen on a dance with Nate Diaz. Getting a win over one of the UFC’s biggest stars may well be exactly what’s required to secure a crack at the belt, and Luque believes it’s a bout that all parties are keen to make happen.

“The UFC knows I want that fight. Apparently, Nate also wants that fight. So, you know, it’s up to the UFC now… What really makes sense with this fight is that we both have the ingredients to make the fight of the year. I’m not gonna try to go out there and take him down. I know that. Even though it could be a good game plan, I throw that to the garbage,” said Luque.

Diaz recently teased that he has a fight in the pipeline when he tweeted the word ‘December.’ With Usman set to rematch Colby Covington at UFC 268, it does make sense for Luque to further enhance his title credentials in the meantime.

Do you think Luque be next in line for a shot at the 170lb strap?