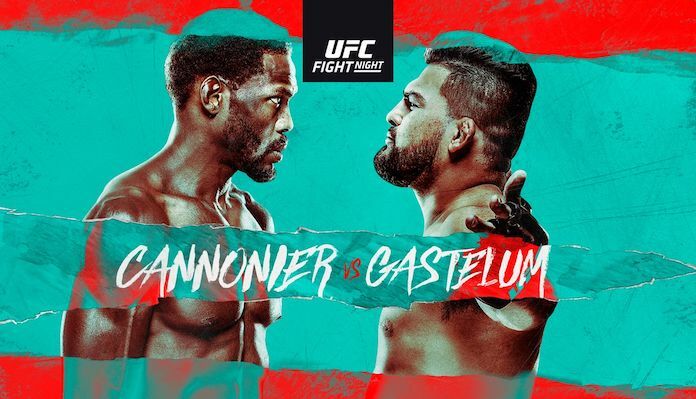 The official weigh-ins for UFC Vegas 35 took place on Friday in Las Vegas, and 23 of the 24 fighters scheduled to compete made weight.

The main event of UFC Vegas 34 features top-10 ranked middleweights Jared Cannonier and Kelvin Gastelum going at it for five rounds or less. Cannonier successfully weighed in on his first attempt on the scale, coming in at 185lbs. Gastelum, meanwhile, had an early scale scare as he weighed in at 186.25lbs on his first attempt on the scale. However, he was able to make it to 186lbs on his second attempt and the main event is still on.

The lone weight miss on the card came in the bantamweight bout between Trevin Jones and Saidyokub Kakhramonov. Jones, who has had difficulty getting an opponent to show up in the last month, came in at 135lbs but Kakhramonov missed weight at 138.5lbs. To be fair to him, he took the fight on less than a week’s notice, but still, he was obligated to make weight and missed it. Because of the weight miss, he was fined 20% of his purse.

Check out the official UFC Vegas 34 weigh-in results below (via UFC).

*Saidyokub Kakhramonov missed weight, coming in at 138.5lbs for his bantamweight bout against Trevin Jones. The fight will go on with Kakhramonov being fined 20% of his purse.