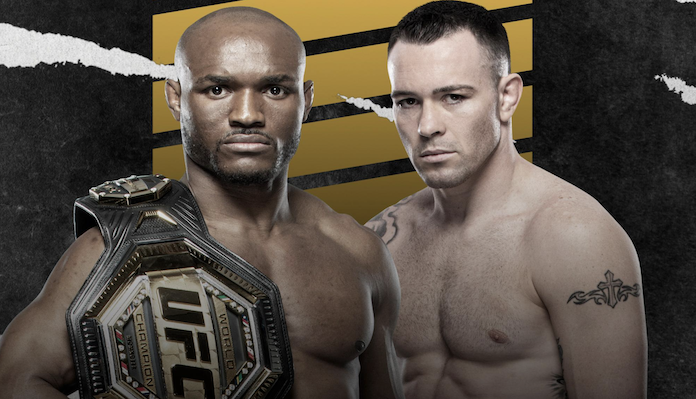 The poster for the upcoming UFC 268: Kamaru Usman vs. Colby Covington 2 event next month has been officially revealed by the UFC.

UFC 268 is set to take place on November 6 at Madison Square Garden in New York City, New York, and the world’s leading MMA promotion has brought a stacked card with them. In the main event, Usman meets Covington in a rematch. These two met two years ago in the main event of UFC 245 and Usman won the fifth via fifth-round TKO. The rematch is highly anticipated and it should be a phenomenal fight for as long as it lasts. In addition to the rematch between Usman and Covington, there is also a rematch in the co-main event between UFC women’s strawweight champion Rose Namajunas and rival Weili Zhang. With UFC 268 just around the corner, the organization revealed the official event poster for it.

Big fights back in the Big Apple 🍎

Your OFFICIAL #UFC268 poster is HERE 🔥

In addition to Usman vs. Covington 2 and Namajunas vs. Zhang 2, there are a number of other awesome fights at UFC 268. Also on the main card is a lightweight bout between top contenders Justin Gaethje and Michael Chandler which should be a fantastic battle. As well, Luke Rockhold takes on Sean Strickland in a fight between middleweight contenders, and local Frankie Edgar returns to the Octagon when he takes on the surging Marlon Vera.

The preliminary card for UFC 268 also appears to be stacked. You’d think a card with Usman vs. Covington 2 and all those other great main card fights would have a weaker set of prelims, but the UFC is going all out in its return to NYC. Quality fights such as Al Iaquinta vs. Bobby Green and Alex Pereira vs. Andreas Michailidis are set for the prelims.

How excited are you for the upcoming UFC 268 pay-per-view card featuring the rematch between Kamaru Usman and Colby Covington in the main event of the evening?