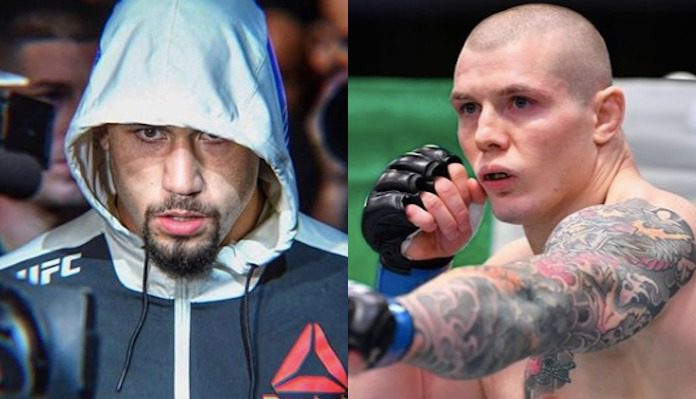 UFC 275 is apparently looking to add a big middleweight clash between Robert Whittaker and Marvin Vettori.

Yesterday on The MMA Hour with Ariel Helwani, ‘The Reaper’ teased that he was getting back into camp. He also noted that he was looking to fight some fresh blood that he hadn’t faced before. Many fans and pundits took that hint to mean he was going to face Marvin Vettori.

Now, we know that the fight between the two is nearly booked. Ariel Helwani was the one who broke the news, and the fight is nearly official. The middleweight clash would be added to UFC 275 on June 11th.

The card is expected to be headlined by UFC light-heavyweight champion Glover Teixeira defending his title against Jiri Prochazka. Meanwhile, the co-main event spot features Valentina Shevchenko returning to defend her throne against Talia Santos.

If added, the bout would provide a big boost to the event. It would also help provide some clarity in the middleweight division and allow one of the two former title challengers to jump back into the mix.

Robert Whittaker was last seen in the cage at UFC 271 against Israel Adesanya, where he lost via unanimous decision. Despite the defeat, he was praised for his performance, where many thought he should’ve gotten the decision over ‘The Last Stylebender’. Prior to the defeat to Adesanya, he’d won 12 of his last 13 octagon appearances.

Marvin Vettori, on the other hand, is coming off a win over Paulo Costa in October. Like Whittaker, he too has recently lost to Adesanya. He faced ‘The Last Stylebender’ at UFC 263 last June, and came up short via unanimous decision. Prior to his defeat at the hands of the champion, he’d won his last five bouts.

Who are you picking in this UFC 273 middleweight clash? Robert Whittaker or Marvin Vettori? Sound off in the comments below!