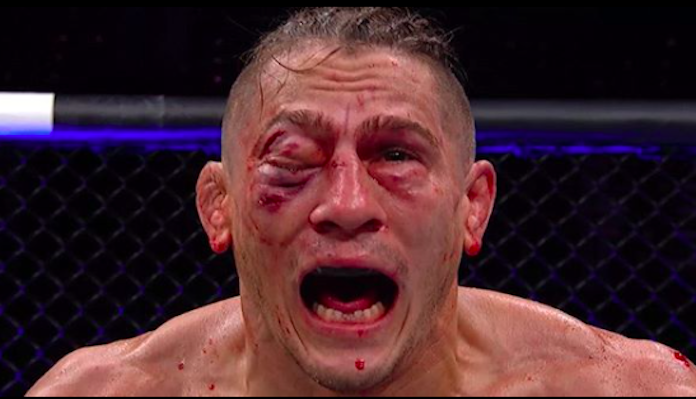 UFC welterweight fan favorite Niko Price signed a new four-fight contract with the promotion, and he next fights Alex Oliveira in October.

Price himself took to his social media on Tuesday evening to reveal that he has re-upped with the world’s leading MMA promotion, and he already has his next fight booked. “The Hybrid” will step back into the Octagon on October 2 when he takes on “Cowboy” Oliveira in what should be an entertaining fight between two fan favorites who need to get a win.

Me vs Olivera October 2nd!!! Also signed a new contract baby! You guys get at least 4 more fights outta me and I’ll make them all entertaining! Thank you to the @danawhite @seanshelby @ufc for the opportunity. #glorytogod #ufc #newcontract pic.twitter.com/Im8BDuiE5U

Me vs Olivera October 2nd!!! Also signed a new contract baby! You guys get at least 4 more fights outta me and I’ll make them all entertaining! Thank you to the @danawhite @seanshelby @ufc for the opportunity. #glorytogod #ufc #newcontract

The October 2 card that Price referenced that he is fighting on is headlined by top-15 ranked light heavyweights Johnny Walker and Thiago Santos. With the addition of the Price vs. Oliveira fight to the undercard, the October 2 event is shaping up to look quite nice.

Price (14-5, 2 NC) is coming off of a unanimous decision loss to Michel Pereira at UFC 264, but it was a fight where he once again showed his heart and toughness as he nearly came back from being two rounds down to win. Ultimately, Price did not get his hand raised, and on paper, he is winless in his last three fights. However, the UFC chose to reward Price for his always-entertaining fighting style by re-upping him to a brand new four-fight contract.

Oliveira (22-10-1, 2 NC) has also struggled as of late as he is coming off of back-to-back submission losses to Randy Brown and to Shavkat Rakhmonov in his last two outings. However, he had defeated Max Griffin and Peter Sobotta in 2020, so perhaps he still has a little bit left in the tank. Going up against a fellow striker in Price, this should be a fun fight.

Who do you think wins this welterweight bout between Niko Price and Alex Oliveira?