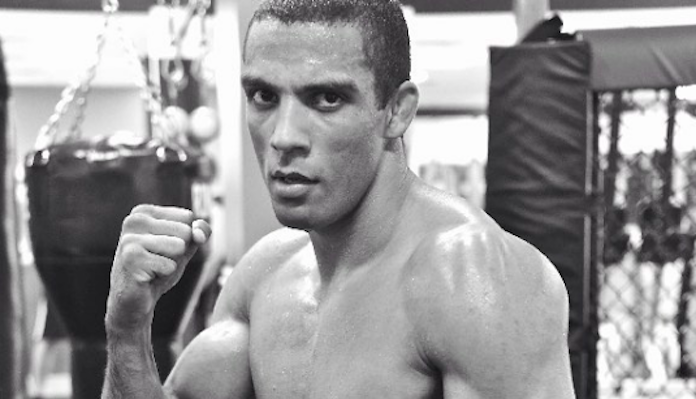 UFC featherweight contender Edson Barboza appears to be absolutely shredded ahead of his fight against Giga Chikadze at UFC Vegas 35.

Barboza, the longtime UFC lightweight contender, moved down to 145lbs last year for the first time in his UFC career. Although he lost a controversial split decision to Dan Ige in his featherweight debut, “Junior” bounced back with a decision win over Makwan Amirkhani, before knocking out Shane Burgos at UFC 262 in one of the best fights of 2021. With Barboza on a two-fight win streak and entrenched as one of the top-10 featherweights in the UFC, the promotion booked him against the red-hot Chikadze for the main event of this Saturday’s UFC Vegas 35 event, in what should be an entertaining fight between strikers.

Ahead of his fourth UFC featherweight bout, it appears as though the Brazilian is 100 percent dialed in with his weight. The American Top Team product took to his social media just days before the fight to share a photo of him where he appears to be in absolutely phenomenal shape for this fight. Barboza was always in great shape when he was a UFC lightweight, but since moving down to featherweight, he now looks better than ever.

For Barboza and Chikadze, this is a massive fight for both strikers as they look to make a run up the UFC featherweight ladder. Barboza is the No. 9 ranked fighter in the division right now while Chikadze is ranked No. 10, so the victor of this bout appears poised to take a massive step forward in the stacked UFC featherweight division. With Chikadze a perfect 6-0 in the UFC and with Barboza being 2-1 as a featherweight, this winner of this fight seems destined to potentially land someone in the top-five with an impressive victory.

Do you think Edson Barboza will defeat Giga Chikadze at UFC Vegas 35?