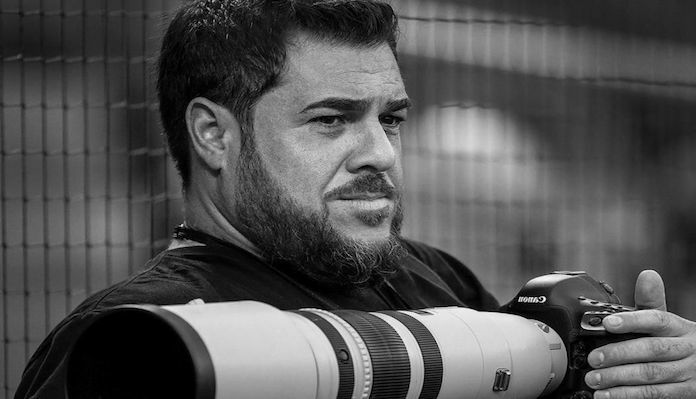 Sports photographer Anthony Causi, who was responsible for some of the most iconic photos in MMA history, has passed away at age 48 from coronavirus.

Causi was a photographer for the New York Post and the publication who he worked for broke the sad news that he passed away Sunday night in NYC after succumbing to the coronavirus. He is survived by his wife, Romina, and his two children, John and Mia.

“Anthony Causi was our colleague, our friend, and a brilliant journalist. He was, quite simply, one of the best sports photographers in New York City, capturing all the major moments of the past 25 years. Soft-spoken, funny, but most of all kind — he was respected by those he photographed and admired by those with whom he worked. The Post that you read, and the newsroom that we work in, are less colorful today because of his absence. Our hearts go out to his family, and we share their grief,” said NY Post editor-in-chief Stephen Lynch.

On March 22, Causi posted a photo of himself in the hospital, which prompted UFC president Dana White to write, “Get well my man.”

Causi was a regular at UFC events and most recently took photos at UFC 246: McGregor vs. Cowboy.

I never thought I would get something like this.i thought I was indestructible. If I do make it out of here. I promise you this the worlds not going to know what hit it

Since the announcement of his passing, an outpouring of support for Causi from MMA media and sports media, in general, has taken over Twitter. It was clear he was a well-liked and respected photographer and his loss hurts the MMA community very much.

While fight fans may not know Causi by name, they certainly know him by his photos. He is responsible for some of the most iconic photos we’ve ever seen in MMA, including one of TJ Dillashaw screaming in Cody Garbrandt’s face after knocking him out at UFC 217.

Another one of his most famous photos was Khabib Nurmagomedov submitting Conor McGregor at UFC 229.

We here at BJPenn.com send our condolences to the family of Anthony Causi. RIP.