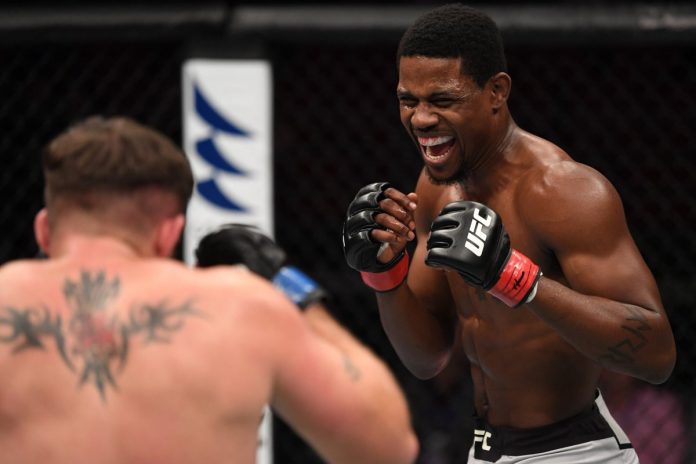 Holland has recently taken a unique approach to trolls that harass him on social media. Over the past few months, the UFC welterweight has decided to fight the trolls in his gym.

Considering that Kevin Holland is a highly touted UFC fighter, he does exactly what is expected. He absolutely demolishes them and has been publishing the clips to his Instagram as well as his OnlyFans. It seems that his troll beatdowns have seemingly led to the opposite result that he wanted.

He spoke about the situation at UFC 272 media day. This weekend, he makes his UFC welterweight debut against fan-favorite Alex ‘Cowboy’ Oliveira. During the scrum, he admitted that his troll beatdowns have led to more trolling on social media for him.

“More [On how many trolls he’s gotten since he started beating them up]. So that was the wrong answer for me, on my behalf, to beat up trolls. They started trolling even more. I’ve got my work cut out for me.” – said Kevin Holland at UFC 272 media day on Wednesday.

Kevin Holland continued and noted that before he can fight them, they have to sign a waiver. He also noted that he has a special clause in the contract so he can post the knockouts to his OnlyFans.

“You gotta sign a waiver before you can even come in the gym. There’s also a special thing in the waiver to make sure I can put you on the OnlyFans. Yeah, I’ve got a Kevin waiver.”

What do you think about Kevin Holland beating up trolls who talk trash to him on the internet? Are you entertained by his troll beatdowns on Instagram? Sound off in the comments below!