Conor McGregor will not be fighting on April 18 at UFC 249 according to his coach, John Kavanagh.

After Khabib Nurmagomedov announced he would be off of UFC 249 due to the COVID-19 pandemic, some thought McGregor could step in. A win over Ferguson would no doubt earn him another crack at the undefeated Dagestani champion. But, according to his coach, due to the Irish lockdown, that is not possible.

“He always wants to step in. We had a bit of fun on April Fools on that, but no chance of that. Ireland is on a pretty strict lockdown [due to COVID-19]. Me and Conor have no physical interactions. There’s no physical interaction at the gym. Gyms are shut down,” Kavanagh said to ESPN MMA. “To try and rush that together I don’t think would be smart. He certainly isn’t fighting so he has food for the next six months. That’s not where he is in his life. In terms of fun, in terms of fighting and in terms of competition he has all sorts of ideas.” 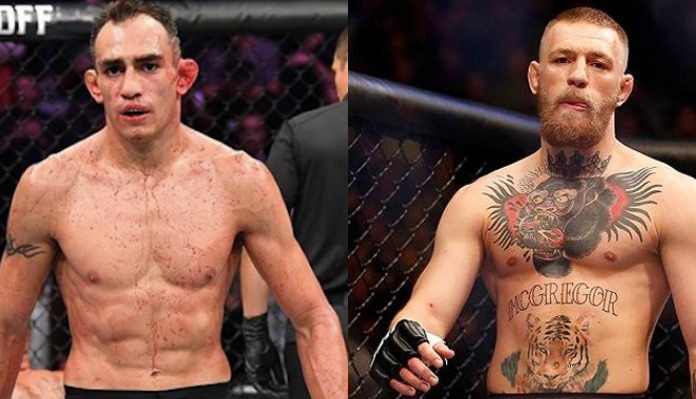 McGregor, as Kavanagh says, is set up well financially so he doesn’t need to fight. So, the Irishman will no doubt be in his country and not inside the Octagon on April 18.

With Conor McGregor not fighting on April 18 who Tony Ferguson will fight is unknown. Justin Gaethje was rumored as a possible opponent, but nothing is agreed to at this point. There is also no location for UFC 249 despite Dana White saying the event will happen.

When McGregor will fight next is to be seen. He has options like Gaethje or perhaps could very well fight Nurmagomedov once this pandemic is over.

Are you surprised that John Kavanagh said there’s no chance Conor McGregor fights Tony Ferguson at UFC 249? Sound off in the comment section, PENN Nation!