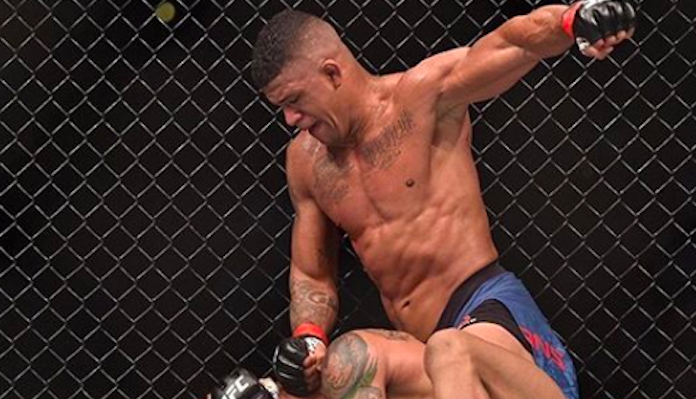 Gilbert Burns is confident that he will be the new UFC welterweight champion, boldly predicting he will finish Kamaru Usman at UFC 258.

Burns and Usman had been booked to fight twice previously, at UFC 251 last July and then again at UFC 256. The first time the fight fell apart was due to Burns testing positive for COVID-19, and the second time it was due to Burns needing more time to heal from injuries. The two are now booked to fight for the third time and they are set to meet in the main event of UFC 258, on February 13 in Las Vegas.

Usman and Burns are both quality fighters who are each undefeated while competing in the UFC welterweight division, with Usman 12-0 all-time in the UFC, and Burns 5-0 while competing at 170lbs. This upcoming title fight between them is very intriguing as both men have the skills necessary to be the UFC welterweight champion. But if you ask Burns, he’s going to be the one leaving the Octagon as the winner.

Speaking to TMZ Sports ahead of UFC 258, Burns boldly predicted he will finish Usman when the two former training partners meet next month in the Octagon.

“I see a finish. I just can see a finish. I’m very dangerous. I got good weapons. I’m making sure everything is getting sharp. The last two weeks until the day of the fight I’m going to make sure everything is in control. Everything that I can control I will control. I’m going to sharpen every single tool that I have, and I believe I will be the one that will finish Kamaru on February 13. I don’t know (when), but inside the three or four rounds I think will be able to get a finish,” Burns said.

Usman has never lost in the UFC so it will be a tall task for Burns to pull off the finish. But if there’s anyone who can beat Usman, this might be the man for the job.

Do you believe Gilbert Burns has what it takes to finish Kamaru Usman at UFC 258?