Current UFC Flyweight Champion Henry Cejudo believes the writing is on the wall for the promotion to close down its men’s 125-pound division.

During his guest appearance on Rogan’s always entertaining JRE Podcast, Henry Cejudo revealed that the UFC is propably done with their current men’s 125-pound division, and thus a fight with current bantamweight title holder T.J. Dillashaw is likely next. 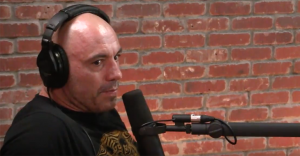 “I think more than likely that T.J. (Dillashaw) fight might happen. That T.J. fight might happen if they’re going to be done with the flyweight division. I think that cat’s out of the bag and Dana had mentioned that to me. He said, ‘Hey Cejudo, we’re going to take you up on that challenge for you to go up against T.J., but this is what the company has been thinking about for while.’”

Henry Cejudo continued to discuss his desire to fight “Killashaw” with Joe Rogan.

“I want to fight T.J. and I want to go after the next best thing, and I think that’s him.”

T.J. Dillashaw finally rid himself of former teammate turned bitter rival Cody Garbrandt at August’s UFC 227 event, where he finished “No Love” via TKO for the second time in ten months.

After his comments to longtime UFC commentator Joe Rogan, it is safe to assume that we could be seeing Henry Cejudo squaring off with T.J. Dillashaw in the near future.

What do you think of the news Henry Cejudo told Joe Rogan that UFC will likely be closing its door on the promotions men’s 125-pound division? Sound off in the comments section PENN Nation!