‘Mighty Mouse’ held the UFC’s flyweight crown from 2012 to 2018. Along the way, he racked up a record-breaking 11 title defenses over names such as Henry Cejudo, Joseph Benavidez, and Kyoji Horiguchi. His title reign was eventually broken by the aforementioned ‘Triple C’ at UFC 227.

Demetrious Johnson now fights in ONE Championship, after being traded to them in 2019. Though he’s not in the UFC anymore, he’s seemingly still kept an eye on the promotion. He discussed his title defense record on The MMA Hour with Ariel Helwani.

The 35-year-old revealed that he didn’t really care about the UFC or being put into its Hall of Fame. He did, however, show respect for several fighters in the promotion. He opined that he believes Kamaru Usman, Valentina Shevchenko, and Israel Adesanya may one-day break his title record. 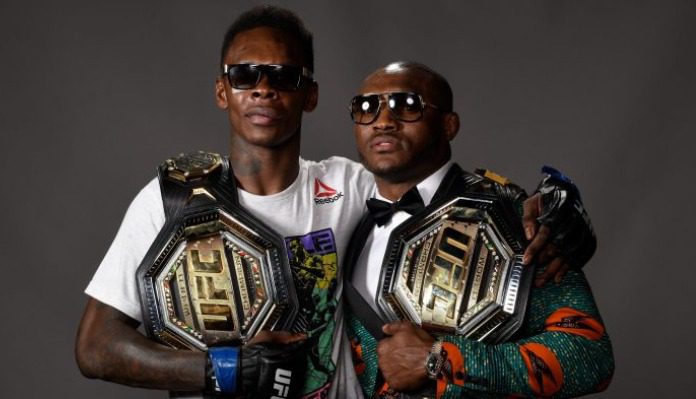 “I think the only people who are close to being that are: Valentina Shevchenko, she impresses me every time she steps in the octagon. Kamaru Usman, Israel Adesanya. I think Kamaru Usman is at four title defenses. Izzy is at 3 or 4 if I remember… I think those three will be the closest ones to set a new record.”

Demetrious Johnson continued and noted that while he thinks those three are the top contenders to beat his record, he’s not sure it’ll happen.

“I think those three athletes can do it, but it takes a long time. Especially with injuries and finding the right opponent. Also, nowadays it’s about what fight will make me the most opponent. It’s not about who’s next in line, it’s like we need to pull this fighter up so we can sell it and make as much money as possible. Obviously, Shevchenko, I don’t know if she wants to have children so that’s another factor as well.”

This article appeared first on BJPENN.COM
Previous articleChael Sonnen believes UFC is targeting Conor McGregor vs. Nate Diaz 3 for July
Next articleRenato Moicano calls out Bobby Green for main event fight in the summer: “Who wouldn’t want to see that?”
© Newspaper WordPress Theme by TagDiv